Note: Fossils Are Not To Be Eaten 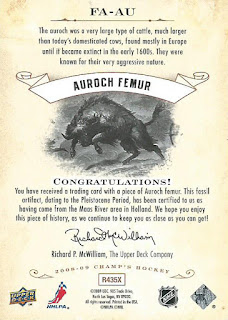 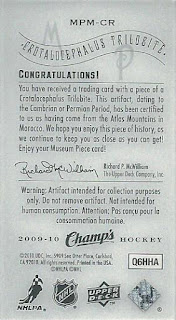 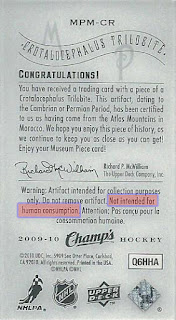 Look at the area that I highlighted, Upper Deck added a sentence stating this artifact is not intended for human consumption. There must be an interesting story behind this specific addition of something that really should be common sense. This has me wondering if it was a child that got a hold of a card from a prior year’s set or an adult in a “Should I Lick It?” moment?
Posted by Corky at 2/22/2018 11:00:00 AM