Last week a worst-case scenario happened that many people who buy in to breaks worry about. The breaker, in this case Dustin Clay of DnT Sports, stole a major hit and while he was called out on it and did own up to it the card he is claiming he attempted to steal is not the card that was stolen.

Here is the video with a narration to point out how it happened:


00:20 seconds He opens the box, notices the huge hit, closes the lid to hide it and slides it out so nobody can see.


00:25 seconds He sets the major hit on the edge of the table


00:49 seconds Slides the box bottom to the left, you can hear the major hit card fall


1:00 You hear him fiddling through encased cards while he searches for a card to replace the major hit


1:09 Moves the bottom of the box over the screen


1:22 Removes the box bottom and you can see that there are two cards stacked up differently than they were originally


1:25 Claims he was answering an email to explain him not paying attention


1:34 Shows the Kerry Collins autograph, which is the card he uses to replace the major hit


1:45 The viewer, who was recording the break on his phone, switches to the comments section where people watching also figured out the switch and stolen card

Now that this was caught and went viral Dustin Clay came out on a FB group and admitted what he did and claims the card he stole was an Ezekiel Elliot Autographed Honors card. Here is his post: 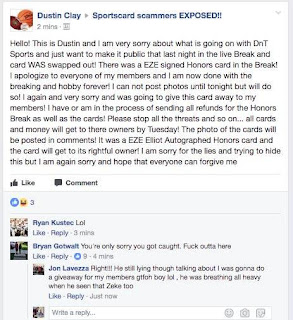 People have gone to Sherlock Holmes extent to figure out what card he actually stole using one of the few images of the card. It is obvious that the card is not the EZE auto card because those cards are all white along the top edge while this card has a white border down one side and darker (blue?) along the rest of the card. Currently the three cards that keep coming up as the card potentially stolen is 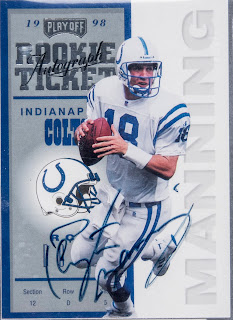 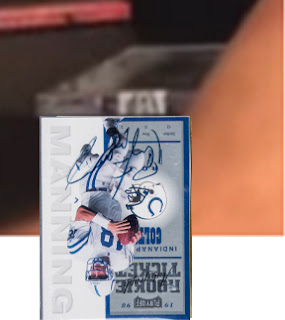 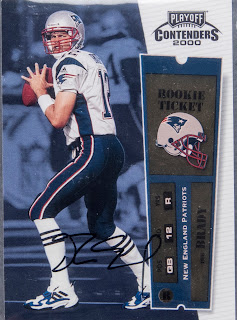 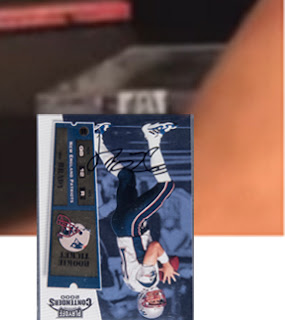 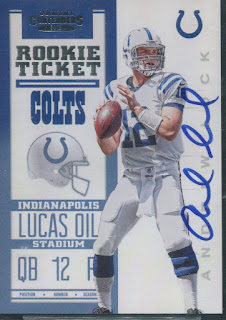 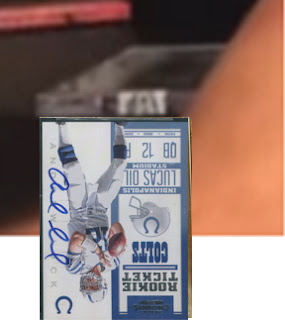 Here is the 2016 Autographed Honors EZE card for comparison to show it is not the card he claims the card was that he took. 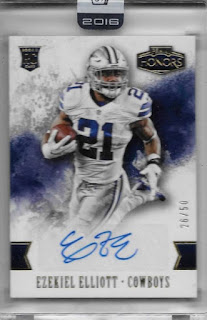 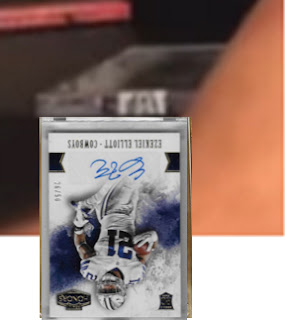 Dustin Clay has since shut down his social media accounts and deleted videos but some people have done some diligent work and came up with quite a bit of his personal information, but I won’t include that, but I will include his eBay account because I am sure many people will be watching to see if a high dollar card shows up.