Happy Thanksgiving to all. 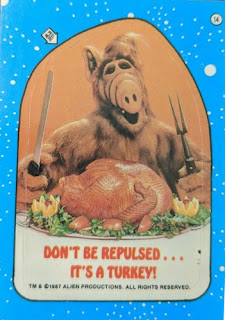 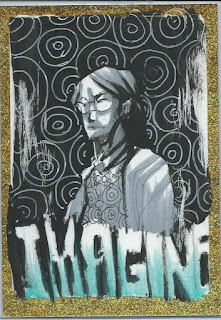 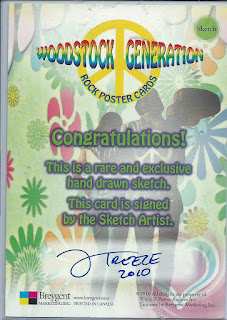 This month’s Art Gallery display is from Jeremy Treece, an artist out of Detroit who has done work for Upper Deck, Topps, Cryptozoic and Breygent among others. I would call his style super hero-esq because he commonly uses squared off heads that you will often see on Superman or Wolverine.

This card is from the 2010 Breygent Woodstock Posters release, is one of their oversized sketch cards at 3x5.  The subject for this set is Woodstock-era musicians and this card is John Lennon during his hippie days and one of his most thought-provoking songs “Imagine”. There are a couple of draws for me to this card; first John Lennon was amazing and second the grunge style design, I fell in love with the style during art school and it calls to me.
Posted by Corky at 11/27/2019 04:23:00 PM 3 comments 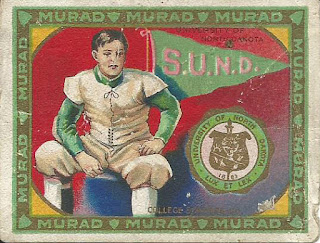 This month’s Vintage Card of the Month is the State University of North Dakota football card from the 1910 T51 Murad College Series. This is the 3rd card from the set that I have picked up, this one was part of last year's COMC Black Friday package.

The set is made up of 150 cards plus 75 variations, so there are plenty of cards to choose from and all types of sports are depicted, though I am mostly interested in the cards showing baseball, basketball, football and hockey. The basketball cards are not as common, only four schools (Luther, Northwestern, Williams and Xavier).

This card is in rough shape, the colors are still bright, and the back is unmarked, other than the packer’s stamp, but there are some unfortunately placed scratches across the front and a chip out of the right border to go with the soft corners. 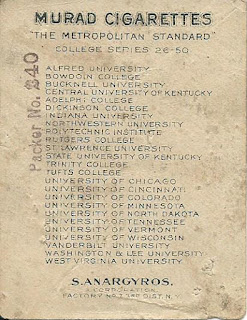 How have you damaged your own cards?

For me, it is ding corners. The ding corner is most likely to get damaged in your collection when organizing. My ding corner is the bottom left corner of the card. When I put a card in to a penny sleeve I slide the right corner in first and over the years I ended up chipping or dinging a few left bottom corners.
Posted by Corky at 11/25/2019 02:28:00 PM 225 comments

Happy 50th to the man with the sweetest swing, Ken Griffey Jr. 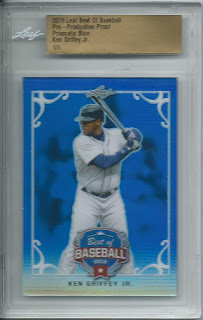 Do you display your cards?

I have a small collection of cards, around 35, that I display on two sets of shelves that in a previous life were my CD storage shelves. I also have some Funko Pop! Figures and SGA pieces. Everything else is in binders or 5,000-ct boxes.

I have made some significant additions to my Machete autograph collections. Last year I picked up three 8x10 autographs; Cheech Marin, Michele Rodriguez and the Avellan twins (Electra and Elise). Not long ago I created some custom Danny Trejo cards that I planned to send TTM but I have been procrastinating, I really need to get them sent out. 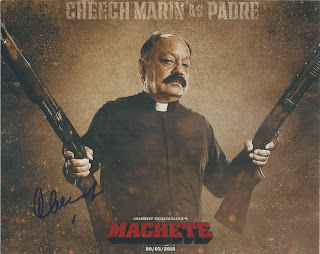 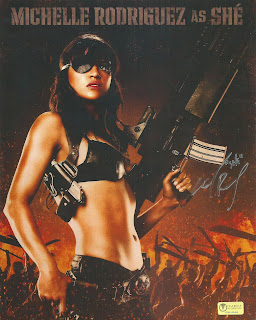 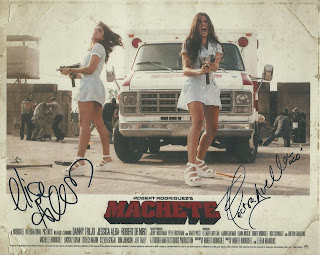 Three Race Cars In My Pocket

From about 1998 through 2010-ish I was a regular racing collector. I continued to pick up the occasional NASCAR blaster for a few more years but I only watch a race or two each season now, so I am no longer an active collector. But because racing sets include some of the coolest relics, I still will pick up a couple of cards a year.

In last year’s COMC Black Friday order I had three NASCAR cards. A 1998 Upper Deck Road To The Cup- Winning Material Dale Jarrett piston ring/fire suit dual relic. This card was a gift for my son, he is a total gear head and loves the piston ring in a card. 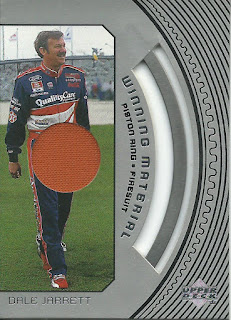 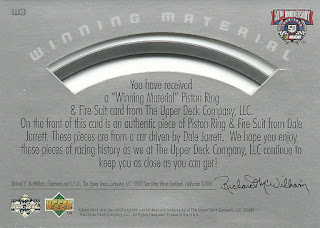 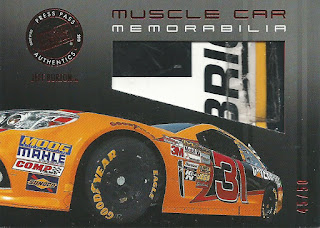 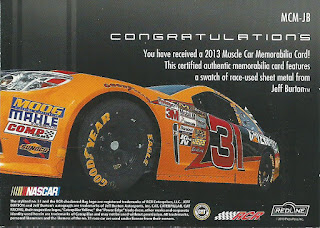 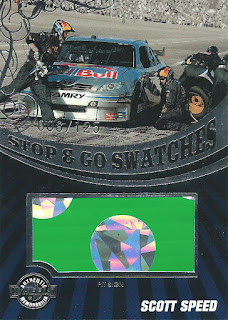 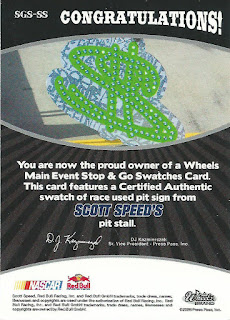 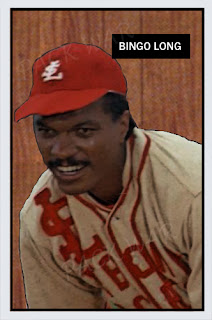 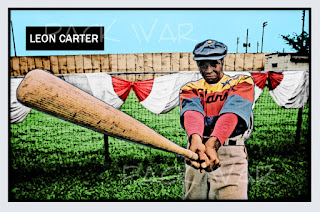 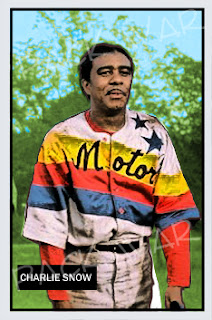 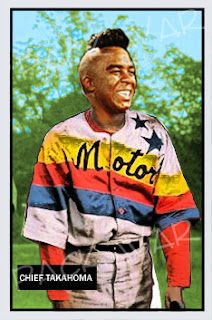 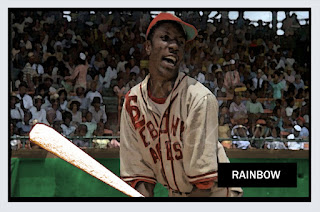 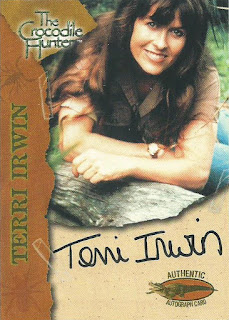 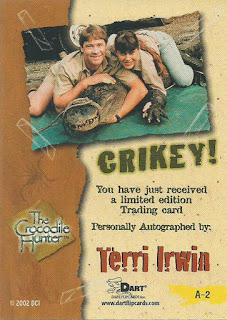 I have talked about Steve Irwin, the Crocodile Hunter, on here before. When Dart released a set based on him in 2002, I picked a box and I was fortunate enough to pull the Danger-Ware relic cards for both Steve and Terri Irwin. I have always wanted to add their autographs to my collection but Steve’s autograph from the set is often in the $750-1,000 range and Terri’s auto can be found in the $55-60 range. Not bad, but more than I wanted to spend for an autograph.


I was fortunate enough to find one that was being offered for $38 BIN/BO because there is a crease in the card. We worked out a deal that we were both happy with. The crease isn’t bad, it isn’t even visible in the scan, but you can see it in hand if you are looking for it. This was a case where I am happy just to have the card, the condition is secondary.
Posted by Corky at 11/06/2019 09:33:00 AM 10 comments

Have you ever seen a set that initially interests you, but after hitting a point you decided against adding the cards to your collection?

Topps Moments & Milestones and Topps Tek/ High Tek are two that are high on my list of “keep away” sets. These types of sets that are made up of dozens of variations and parallels are frustrating. I made the bad decision to jump in with both feet in to the Moments & Milestones set and bought a box. I have never purchased another card from the set, I have washed my hands too it.
Posted by Corky at 11/04/2019 02:26:00 PM 50 comments