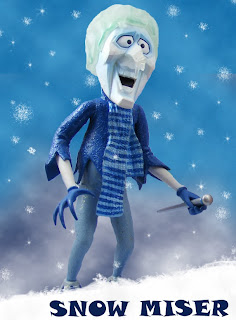 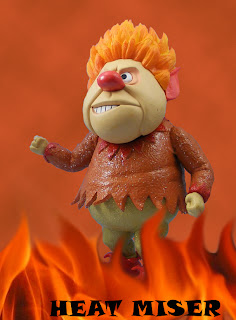 Growing up in the 1970s and 1980s, when you heard the music for the CBS Special Presentation intro you knew you were in for 60 minutes of pure animation magic. Unlike today’s near 24-hour running of Christmas specials on cable television from December 1st through the 25th, we considered ourselves lucky if we saw A Charlie Brown Christmas and one or two Rankin Bass Christmas shows so that music made our heart’s skip a beat.

Each kid had their own specials that they loved and because CBS would show only a handful of these specials during December we always hoped our favorite made the cut that year. My personal favorite has always been The Year Without a Santa Claus. Santa gets sick and decides that he is going to cancel Christmas, two elves (Jingle and Jangle) go down to Southtown. U.S.A. to find kids who have Christmas cheer. Hijinks occur and finally a deal is made with Mother Nature and her two sons Snow Miser and Heat Miser to allow snow to fall on Southtown on Christmas day and allow sunshine to warm up the North Pole to help Santa feel better.
I think this episode is my favorite for the sole reason of the Miser brothers, their singing and slapstick comedy is legendary for kids of all ages. They became so popular that Warner Brothers released a Miser Brothers Christmas sequel in 2008. I decided to honor the clay brothers with their own Miser Brothers trading cards.