This is the second half to yesterday’s post. I got a couple of Topps Chrome Football blasters in my stocking, along with some various packs of cards. So this closes out my Santa Claus pack break.

Would you believe that I have opened around 25 packs of 2013 Topps Chrome Football and I have pulled a limited number of base cards from my favorite teams. I have actually pulled as many photo variations (one) as Seahawks (Richard Sherman).
Three cards from the Seahawks and Cardinals 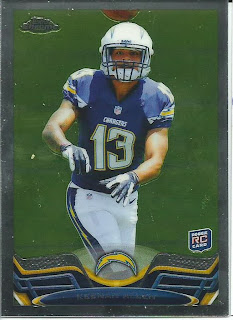 I think this David Wilson card is about the coolest photo in the entire set, a great shot by Topps. 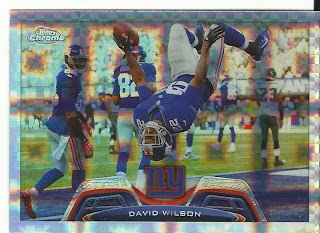 A nice selection of Orange Refractors from the rack packs. At least I added another Seahawk and Cardinals player. 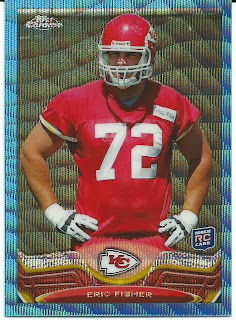 A Purple Refractor of the top QB taken in the 2013 Draft, EJ Manuel 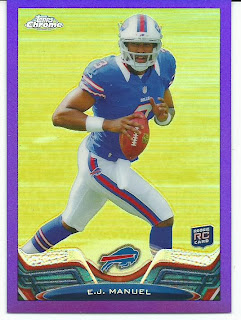 A Camo and Pink Refractor of two Top 20 drafted players 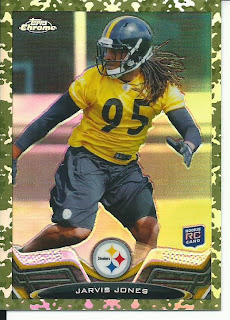 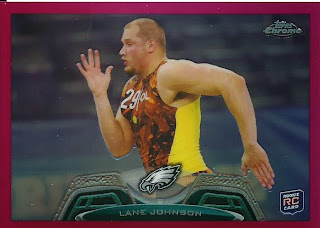 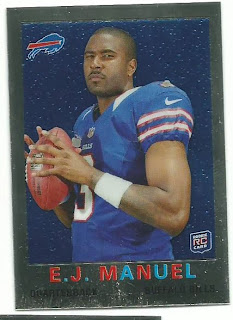 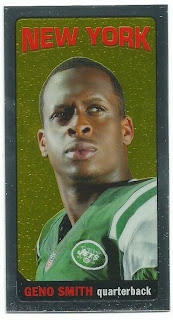 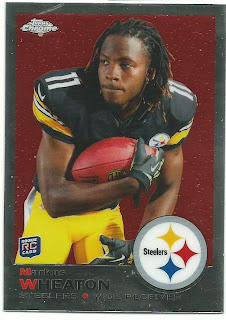 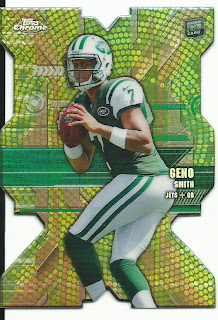 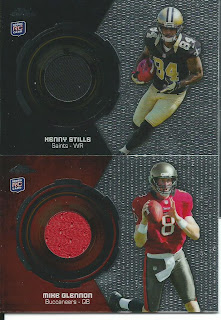