All That Is Left VIII

The Sports Cards Super Bowl prediction was correct and the cards are 6-2 overall. The dust has settled, so it is now time to share All That Is Left VIII.

This year was pretty light on what I felt was worth covering in my "All that is left" annual post, but I did select a couple of cards that were decent pulls. In addition to these cards there were 3 Seahawks, plus a couple of rookies and parallels.

From the 2017 Optics blaster I pulled the base Trubisky rookie card, a Rated Rookie pink Christian McCaffery and a Gridiron Kings Drew Brees. I am going to hold on to the Trubiksky and McCaffery cards hoping that these guys turn out to be decent. 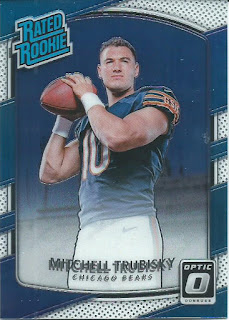 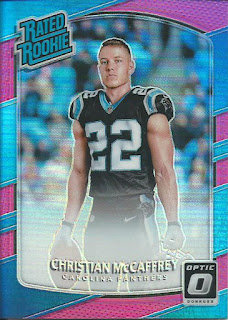 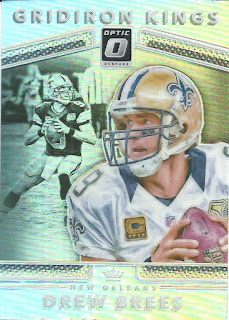 From the 207 Prizm blaster it was even more slim pickings, there were two Przims and the three retail blaster exclusive Disco Prizms but they were players where you ask “Who?” when you hear their names. This Premier Jerseys Josh Reynolds was the best of the worst. 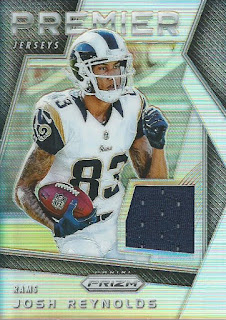 Labels: All That Is Left