Ripped Some Boxes Of 2019 Parkside Big3 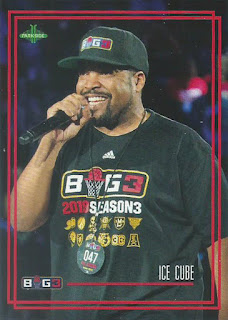 I picked up an early Christmas present for myself when Parkside Cards had a sale where all their products were 50% off for 48 hours a little over a week ago. If you haven’t heard of them, they are a small card company out of California, but they have already picked up both the MLL (Major League Lacrosse), which Upper Deck had at one point, and the Big3 licenses.

I love the Big3 so when I found out I was excited and was going back and forth on buying a box, but when they had their sale, I ended up purchasing 2 boxes hoping to put together the set. After all the packs were ripped, I was 1 card short in the base set; #87 Qyntel Woods. The Big3 cards are showing up on COMC already so I will be able to pick up the missing card soon. 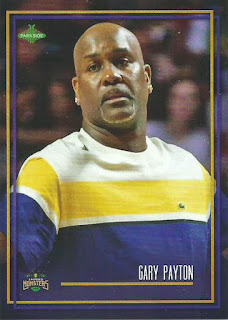 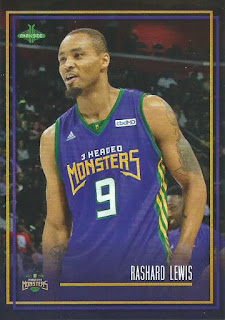 The set contains 100 cards, which includes all 77 of the Big3 players, all 12 coaches plus a couple of subsets. There are 10 inserts, a relic set, and an autograph set plus 17 Rookie Buybacks. I have listed the checklists on the TCDB but I have found a couple of errors with the checklist numbering on a couple of inserts from the listing that I used so I am trying to get it all fixed. 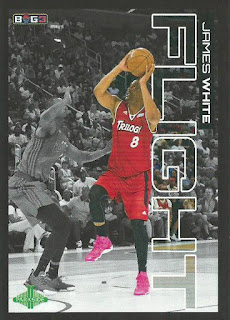 My favorite inserts are the Nicknames and Simplicity. During some of the games players will wear nicknames jerseys, so Rashard Lewis’ jersey says “Sweet Lew” Glen Davis is “Big Baby” and so forth. I didn’t pull the Rashard Lewis Nickname card, so that goes on the Wants List. 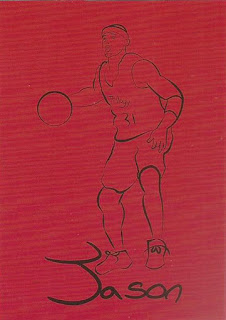 Simplicity is self-explanatory, I just dig the cards. They are all line drawings with the player’s first name on various background colors. Again, I didn't pull Rashard Lewis.

I pulled a relic in each box, Reggie Evans and Will McDonald. The Evans card is among the top patches that I have ever pulled. So a really cool patch from a player on my favorite team, this was a winner. 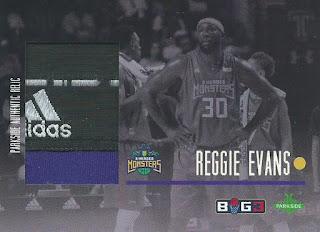 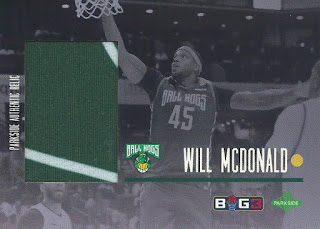