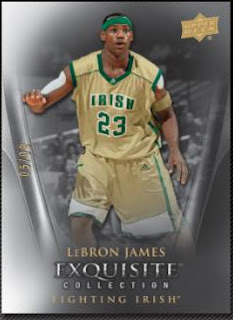 Upper Deck has finally released sales materials for the upcoming 2011-12 Exquisite Basketball set, scheduled for release October 16th. Pack out and a price point has not been announced yet other than there will be 5 autographs in each box with at least one auto being from the Upper Deck Black line and every autograph is on-card.
Sorry about the picture quality of some of the cards, I pulled them directly from Upper Deck's Power Point sales materials. 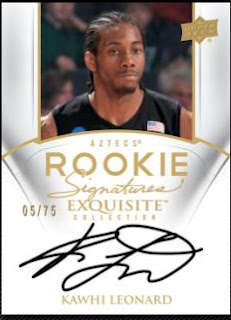 This is a college product so all players are shown in their college uniforms and autograph sets are college related and while this may bother some people it is actually not that big of an issue. Base cards are numbered to #/99 and All Rookie Autographs are numbered to #/199 or less. There will be multi-signed cards ranging from the quad-signed Endorsement (#/5 or less) all the way up to the Exquisite 12 booklet cards, which contain 12 player’s autographs (1/1). 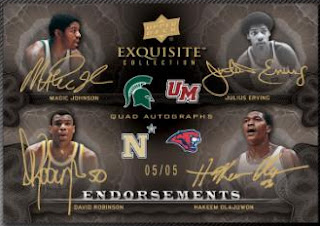 Upper Deck has worked in a collection of new inserts like Championship Bling cards, a card designed to highlight players who have led their college team to a title. These cards are horizontal and include the player along with a replica ring-face and are signed in gold ink, which stands out beautifully on the black card and accents the gold ring nicely.

The Exquisite Dimensions cards have made their way over to the basketball product and are very similar to Shadowbox cards. 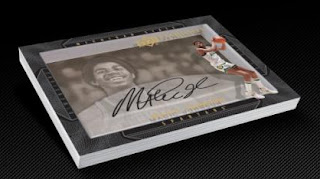 UD Black is well represented with three separate inserts; Coaches Blackboard, a set highlighting NCAA coaches, Bio-Scripts and Autograph Patch cards. I am guessing that the patch cards are manu-patches. 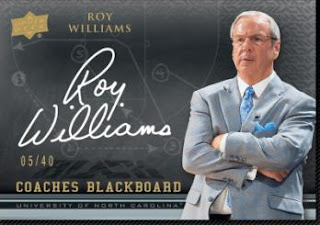 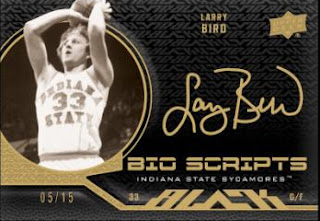 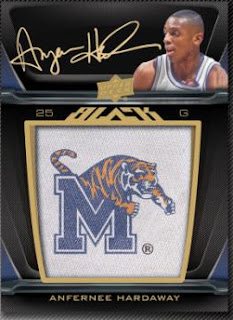