Felicia Day... Oh And Some Other Cards

This is one of my “Rainy Day” posts that I wrote awhile back for the days I have writer’s block.

Last year in Allen & Ginters there were a couple of entertainers that made it on to both the autograph and relic checklisgts. Two of them; Kevin Smith and Snoop Lion (he has since returned to using Snoop Dogg) are pretty well known while Felicia Day is a geek goddess.
I picked up the Smith and Snoop Dogg relics for $9.14 total shipped for both cards. Both cards are multi-colored with the Smith having a nice white/blue split while the Snoop Dogg actually has three colors. The majority is black with the white spot in the bottom left corner and along the bottom there is a yellow-green color that is difficult to see. The seller threw in a Snoop Dogg base card in the sale. I was hoping to pick up an orange/blue Kevin Smith multi-colored relic but they tend to run a bit more so for the deal I got with the card I got I am happy. I would love to add their official autographs but they are currently well outside of my price range so I went with an IP Kevin Smith autograph for $10 shipped. There are actually similar Kevin Smith autograph cards available for $9.99 that are being sold by Jay And Silent Bob’s Secret Stash, the comic book shop in New Jersey owned by Kevin Smith. 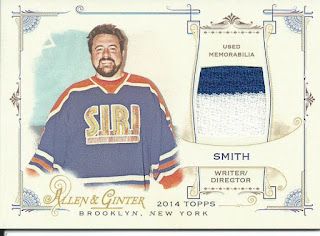 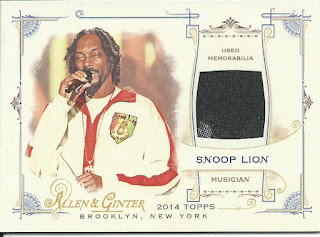 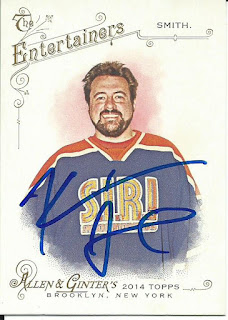 Felicia Day is an intelligent, hilarious, beautiful amazing person. She is an actress, producer, director, and writer and above all she is a redhead (I love redheads). Many would consider her an “indie” personality because she is probably most well known for her internet web-shows Dr. Horrible’s Sing-Along Show (Hilarious!), The Guild and Dragon Age: Redemption as well as video games and cartoon voice work but she has also appeared in major shows like Buffy the Vampire Slayer, Eureka and Supernatural and I have to admit I have a huge crush on her.


Day has relics and autographs in both Buffy and The Guild releases but prices of those cards are insanely expensive so when Topps included her on the checklist I figured I had a better chance of adding her cards to my collection. I picked up her relic for a whopping $1.50, it is a single colored dress relic but I am looking to add a multi-colored relic card eventually. The autograph ended up running me $20.26, which is about the price range for her A&G autograph cards. Just this month I was able to add her The Guild relic for under $20 shipped. 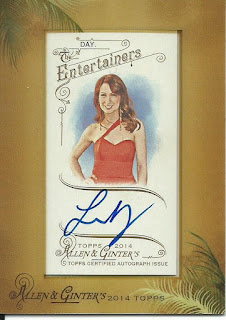 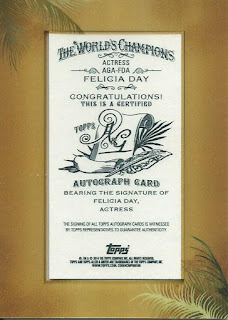 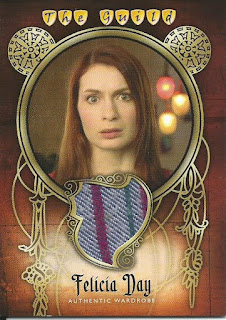 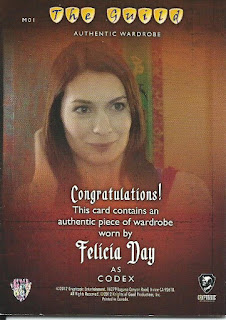 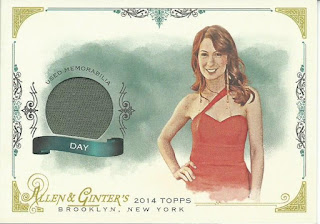 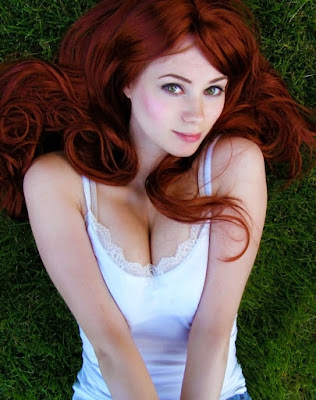