Failure As a Pro QB, Successful As A Drug Addict 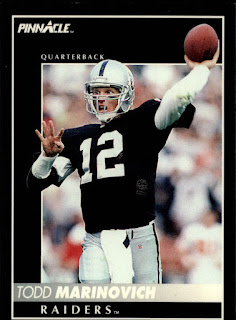 If you were a football fan in the late 1980s or early 90s than the name Todd Marinovich may be familiar. This guy was breed, according to his father, to be a QB superstar. There was a story about him in Sports Illustrated where he talks about how following a loss in high school his father made him run home behind the car as punishment. He trained from sun up to sun down, football was his life and his father stated that he would only play for USC.


He started 8 games over two seasons going 3-5, 50.75 pass completions, 1345 yards, 8 TDs-9 INTs and a 66.4 passer rating and like that he was gone from the NFL. Oddly he was included in sets as recently as 2012 Upper Deck Football and if you are interested you can pick up his autographs for under $5.


The perfect robot QB became a has-been before Ryan Leaf, Vince Young, JaMarcus Russel and Johnny Manziel. Like the others he turned to drugs, police run-ins and arrests but I think he may have finally hit bottom when he was arrested last night in Irvine, California. He was found naked in someone’s back yard with a bag containing meth. He is now nearly unrecognizable and probably needs this arrest because at the rate he was going I would have expected to see his obituary in the paper.


Here is a comparison from his days with the Raiders versus his mug shot. 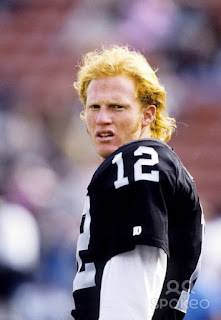 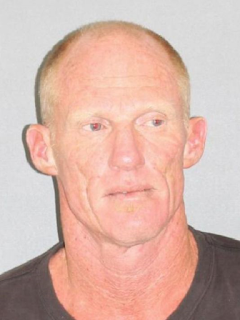