I was extremely saddened with the passing of Gene Wilder late Sunday night due to complications from Alzheimer’s disease. I feel like a part of my childhood died with him, something that I am guessing many Gen-Xers are feeling right about now with this news.


My first introduction to Gene Wilder’s extensive film career was Willy Wonka & The Chocolate Factory. Over the next 30 years he worked with some of the greatest in the comedy world like Mel Brooks and Richard Pryor. No matter what the scene he just brought his “A” game and you couldn’t help but to love the guy.


Over the years there have been the occasional Gene Wilder card but not many, oddly enough Leaf included him in their 2016 Pop Century release. A word of warning though, I do believe a family member has been signing for him at least for the past year if not longer including the autographs included in the Leaf set.


His signature has remained steady over his career and is best represented by the signature that was from one of his book signing, which we know he signed. 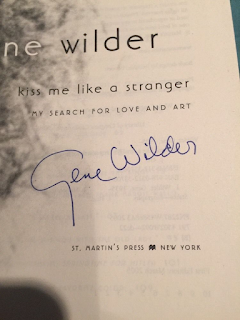 Now a look at current signatures showing up. I don't blame Leaf, they probably set up the signing with his agent or a family member and Leaf sent the stickers expecting them to be signed in good faith. These two don't even appear to be signed by the same person. 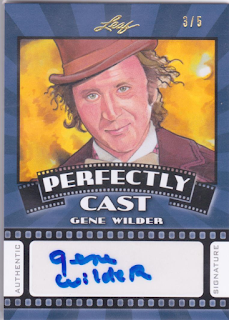 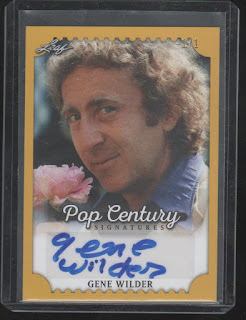 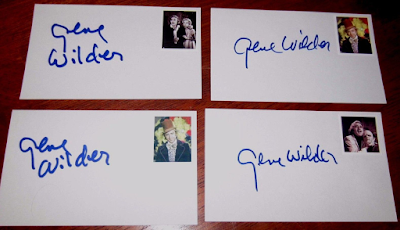