When The Walking Dead started in 2010 I watched the first couple of episodes and then I kind of forgot about it. By the time the second season came around I wasn’t in a zombie mood and wrote the show off.


Earlier this year I pulled it up on Netflix and decided to binge watch and I have since been hooked. I am starting Season 4 and one night I began looking at the cards for the show and came across some very cool ones. I am a big fan of the shadowbox cards so I went for the one with the walker eating a deer leg. With the relic card I wanted one that showed some sort of staining and I wanted it to be from a specific walker, not one of the generic “Walker Horde” cards. 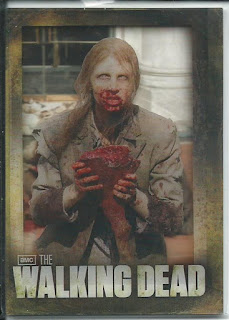 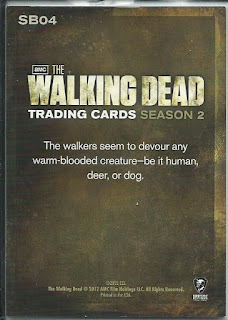 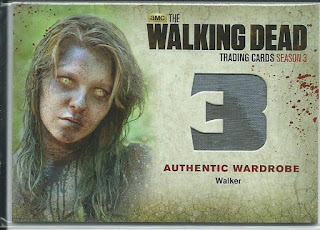 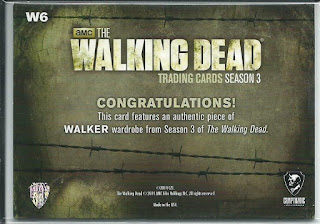