What I Did At Space Camp 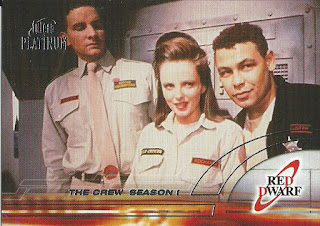 I used to be a set builder but a couple of years ago I stopped. I still work on the occasional subset or insert but it is rare and I still do have a couple of sets that I began but that is even rarer. But if it is a set that I am interested in I will put some focus on building it, but with less urgency. 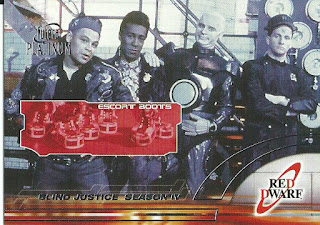 One of those sets is 2002 Futera Red Dwarf. I love this show and can watch it over and over again. For a show that is basically just four characters hurdling through space it is quite humorous. The base set is only 64 cards plus a Chrome subset and three base inserts plus some very rare memorabilia cards and autographs. There are also small sets (Most are 4-6 cards) that were included with each season’s DVD release though these are not part of the base set. 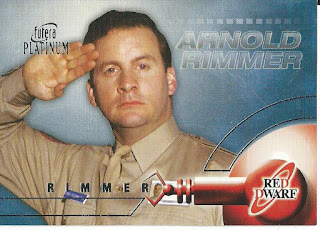 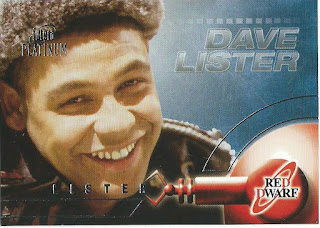 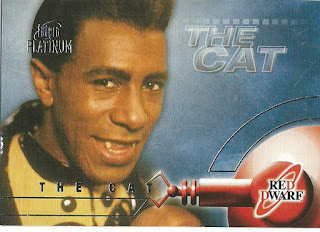 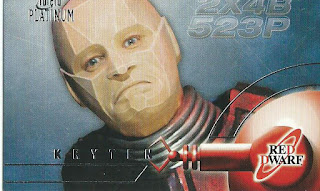 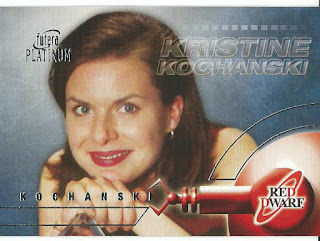 The Chrome insert is a 32-card checklist that is made up of a variety of cards including the ships, characters and monsters from the series. I only have a couple of these. 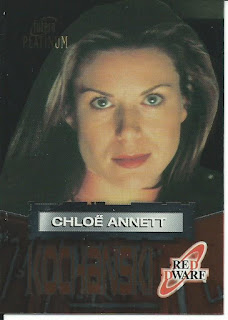 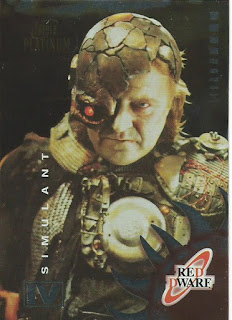 The other three inserts are Chole Annett Photoshoot, she was named on of FHM's Top 100 sexiest women of 2002 so yea, I guess that makes total sense to create an entire insert set based on her when she only appeared in 15 episodes. 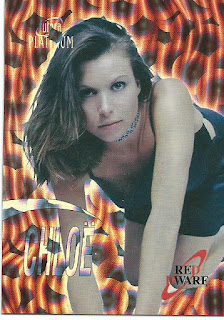 There is the Sylain Despretz Artwork 6-card set. Despretz is an artist who worked a bit on the show in various capacities. 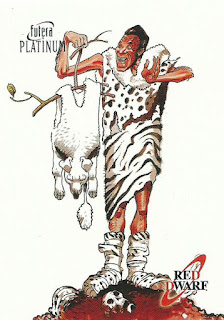 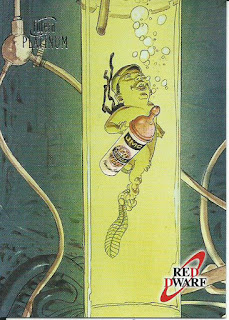 The next set is SMEG, which is used in place of swear words. The 6 cards in this insert set really seem to be random. 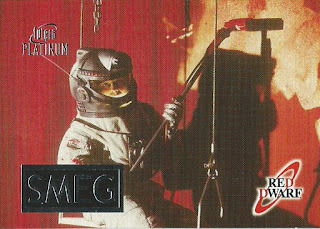 The set does have autographs and relics but they really were pretty limited. I only have one memorabilia card from the set, one of the more common relics, Holly's Poloneck. To explain a bit, Holly is short for Hologram, the ships control computer.  This relic is from the Norman Lovett Holly though there were two different regular Hollys and then there is Queeg, an alternate version of Holly. 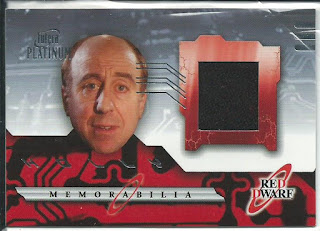 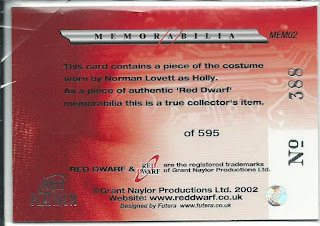 I do not have any autographs from the set but I do have autographs from two of the characters. The first is Hattie Hayridge who played the second version of Holly. This card is from a promotional set that also included a couple of very bad ass Jeremy Bulloch autographs (First and Second) that I would love to some day add to my Star Wars collection.
Anyway, back to Red Dwarf. This is the silver ink version of Hattie's autograph, there is a gold ink version too. 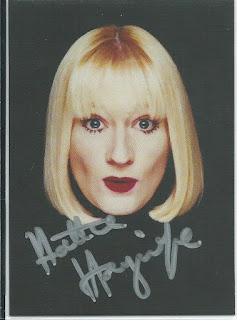 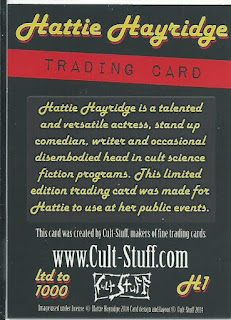 The other autograph is Chris Barrie who played Arnold Rimmer, one of the main characters. This card is from the Tomb Raider sets where he played Hillary. I would love to have one of his Red Dwarf autographs I found it easier to pay a couple bucks delivered for his Tomb Raider card versus $200+ for a Red Dwarf autograph.
﻿ 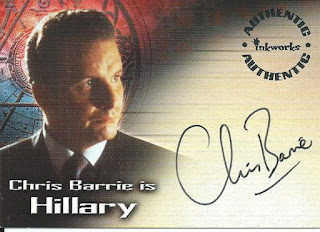 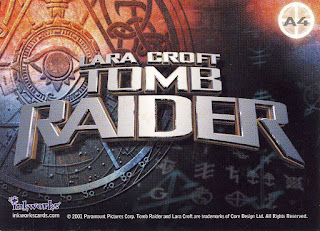 To build on yesterday's post, I am bummed because I was the set expert and spent a number of hours updating the Red Dwarf set on Zistle earlier this summer. ﻿
Posted by Corky at 10/12/2016 05:08:00 PM