A Little Scandal For Panini

Another scandal within the hobby, this time coming from 2016 Panini Prizm and the accusation that Dak Prescott has been using an auto-pen to sign his signature for redemptions from the set.

When I first saw this story appear on Twitter yesterday some people were saying that it was Beckett/BGS who notified Panini and wouldn’t grade the autograph on the card(s) submitted. I have not found any additional information regarding BGS being the first to find the issue but there is no question that Dak did not sign at least some of his cards.

EDIT 7/5- It was verified by Ryan Cracknell this morning (7/5) that it was BGS that did notice the issue and it was Beckett Authentication's Steve Grad who notified Panini.

These are $350+ cards of one of the hottest rookies of 2016, Panini really mishandled this one. The back only says that they guarantee the autograph but in this case they cannot even do that. This isn’t an isolated incident of questioning an autographs authenticity and this isn’t a Panini only problem either. The only way to really counter things like this is to have a company rep witness the individual signing but that isn’t going to happen. 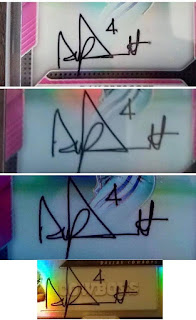 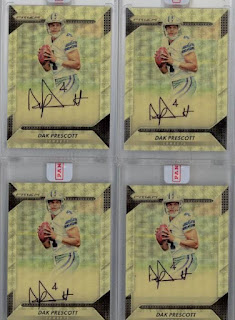