A number of weeks ago Bo from Baseball Cards Come To Life came across a large collection of baseball cards so he offered up a blind trade to his readers. I requested Griffey and Buhner, which he let me know there were not many, so I asked for any Mariners cards. In all he sent 50 Mariners cards plus a sealed 1991 Front Row set, which will remain sealed.

What is cool is that out of the 50 cards that he sent, 49 cards fit right in to a PC or mini PC. A large portion of the cards were my main (can I call a mini-PC main?) mini-PC Edgar Martinez, who will hopefully eventually have his plaque in the Hall of Fame right next to Griffey’s plaque. 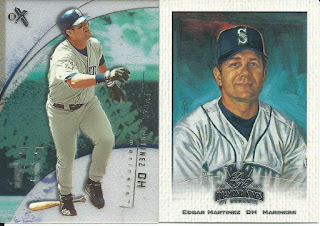 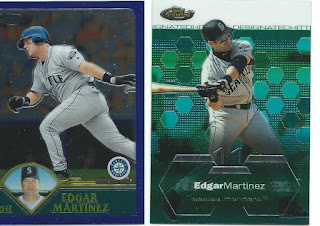 My Ichiro and Mike Zunino mini-PCs have some new additions. 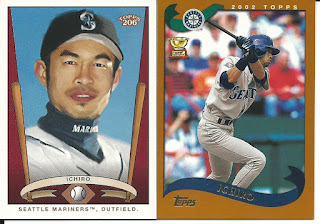 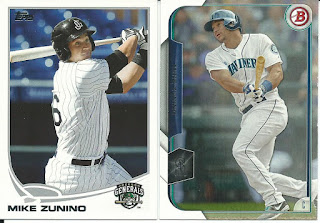 There were seven Jay Buhner cards and I was very happy to see three ghost cards reappear, these three cards were trashed in “The Purge” by my ex-wife in 1997 and I am happy to have them back in my collection. 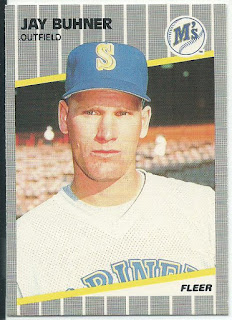 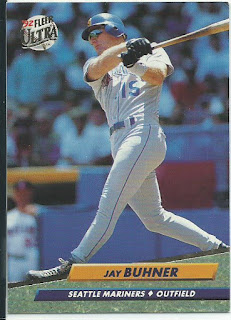 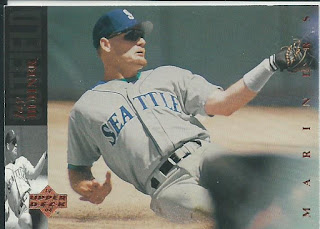 There were three Griffey cards and here are two of the cards right from my dated Griffey Want List. 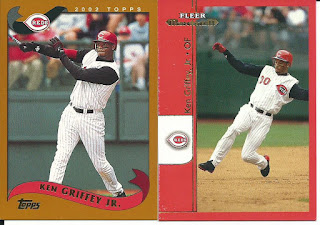 Thank you so much Bo, I really appreciate the trade and all the time you put in to pulling aside the cards for me. Last trade we made I ended up forgetting to send a return package, I totally screwed up, until a year later so this time I made sure to ship his cards as soon as I got the package ready.

I keep telling myself that I need to work on more trades, this is only my third trade this year. I just worked out another trade yesterday so that puts me at four trades, not a very good average of one every two months.
Posted by Corky at 7/26/2017 11:00:00 AM