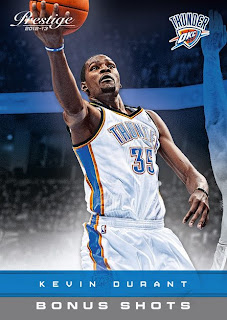 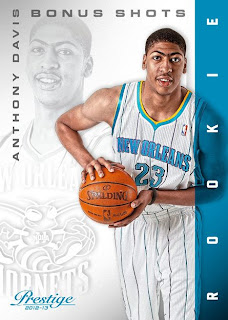 Prestige will be released September 12th; boxes will run $95-100 and contain 24 packs (8 cards per pack). With each box you will pull 3 autographs and one memorabilia card plus 24 rookies (one rookie per pack).  Like the Hoops release there will be rookies from both the 2011-12 and 2012-13 NBA seasons. Do they still consider delayed rookie cards as XRCs? I have not heard that term used in years. 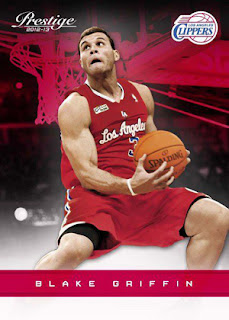 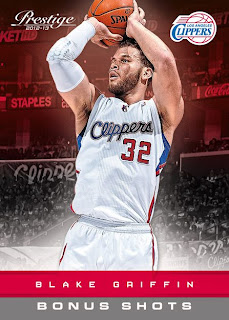 The base set consists of veterans and rookies with the vets having an action shot of the player and the rookie cards using staged shots (for 2012-13 rookies) or an action shot from last year’s rookies. The rookie cards have dual images, a black and white background image of the player’s face and a full color shot of the player in the foreground. There is also a vertical “Rookie” bar along the right-hand side. The base cards will also have a parallel- Bonus Shots. Some of the parallels will have a different image from the base card version. 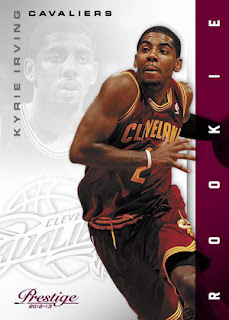 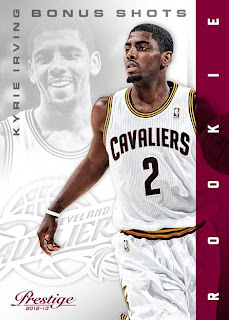 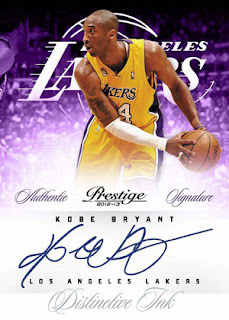 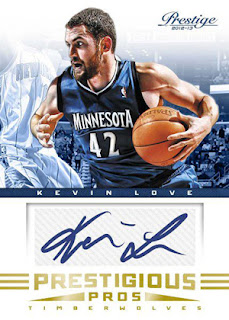 There are two memorabilia sets; Inside the Numbers Relics and True Colors: 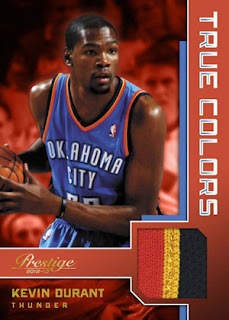 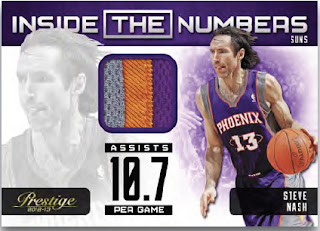 Additional inserts include Stars of the NBA, Hardcourt Heroes and Connections: 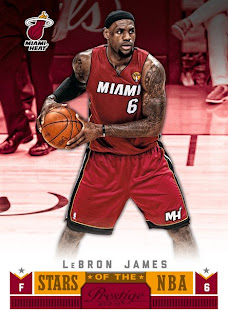 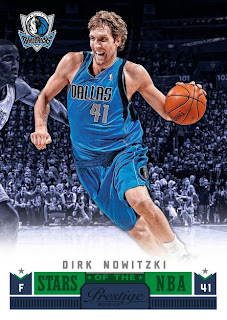 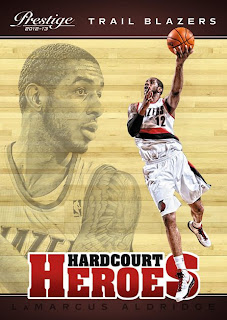 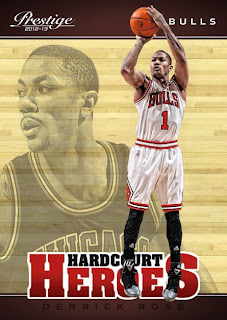 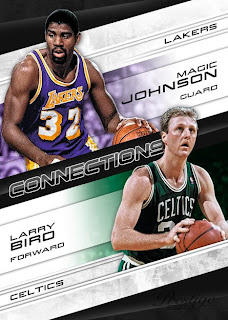 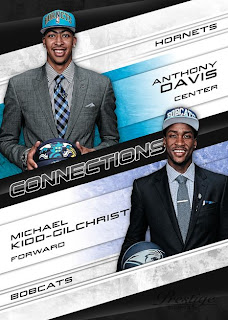 A final thought, I really liked the way that Panini worked the colors on these cards. If you pay attention you will see the subtle detail in the hue used in many of the cards where the team's colors are worked in to the backgrounds and name plates. I know this is a small thing but as a graphic designer I notice deatails like this, it makes the images pop off of the card.
Posted by Corky at 8/29/2012 10:32:00 PM