Topps Cuts To The Chase With 2013 Topps Baseball


First, sorry about the pun in the title, I had to go there. 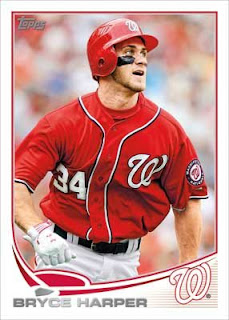 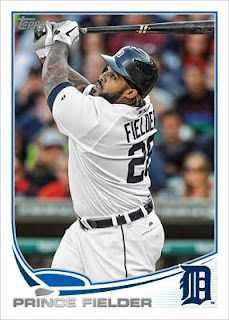 Topps got a jump on next year when they began releasing some images and pack out information for the 2013 Topps Baseball set which is set to hit shelves on January 25, 2013. First, there is no mention of the set being a “Game Changer” but sadly they were still able to work in a hook to draw groans from collectors. The 2013 Baseball release is all about “the Chase”. Inserts have names like Chasing History, Chasing the Dream, Cut to the Chase and The Ultimate Chase. 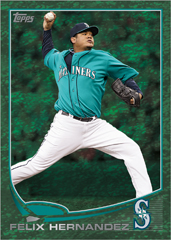 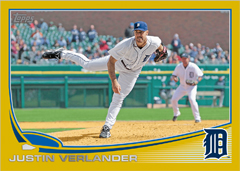 The base set is pretty nice, a decent design and there is focus on the player and they even worked a baseball field in to the design (Home Plate and the infield are above the player’s name on the bottom left corner with the border being the outfield). The base set has a 330-card checklist and each card will have a handful of parallels. Emerald Parallels, Gold Parallels (#/2013), Black Parallels (#/62), Pink Parallels- Breast Cancer Awareness (#/50), Camo- Military Support (#/99), Platinum (1/1), Printing Plates (1/1) and 100 cards will also have a silk parallel (#/50). 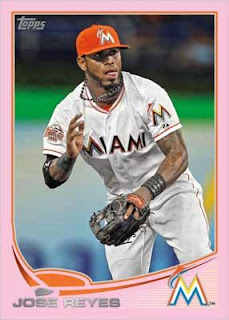 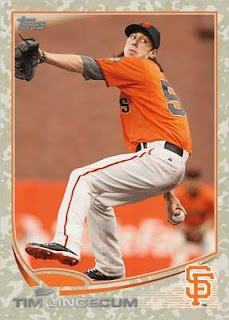 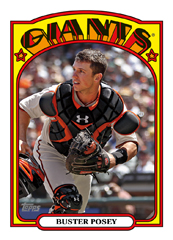 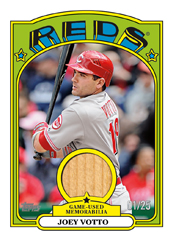 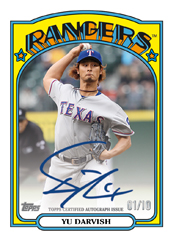 One thing that I noticed reading about the release is that many collectors are not big on the Pink and Camo parallels. Sadly it seems like some collectors are lost on the significance of the parallels.


Here are a couple of comments that can be found:


“The pepto-bismal pink card gotta go!”
“The pastel color scheme is not good”
“I like the design of the Harper care, but the pink cards and the camo cards are ugly”
“Is the pink representative of anything?”
“Pink. Seriously?”

Obviously a pink ribbon or a military branch logo on the card and it becomes obvious what they represent. This is something that they have done in their base football sets but the colors were brighter and seemed more obvious to what they supported where these parallels just do not seem to fit in with the set. I appreciate that the leagues and sports card companies are showing support but the cards should be marked as BCA or military support. Add a pink ribbon or “Support Our Troops” on the card, let people know the importance of the card. With 5 months before release date this may change.

I am digging the die-cut Cut to the Chase cards and I believe there are 25 players on the checklist but there will be only 5 players in the autograph parallels and they are limited to 10 autos from each signer and there will be a relic version that will be limited to 25 of each player. I guess I can forget about “chasing” down the Griffey autograph and relic versions. 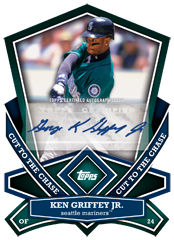 Some additional cards from the higher end of hits possible. The Nolan Ryan Ultimate Chase at the bottom reminds me of something we would expect out of Upper Deck design-wise and has Topps now gotten in to the dime sized player image market? I thought they were better than that when representing players, especially players of this caliber. 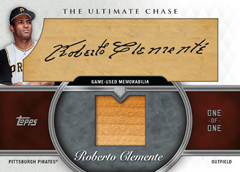 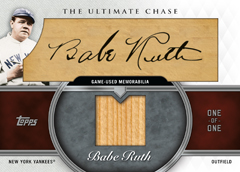 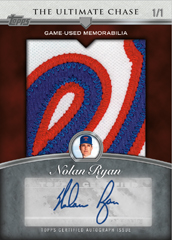