Put Phil Coyne On A Card

Topps missed the boat not producing a Topps Now card of Mariners’ pitcher James Paxton with a bald eagle on his shoulder, hopefully they don’t screw up by not giving Pittsburgh Pirate’s usher Phil Coyne his own card. 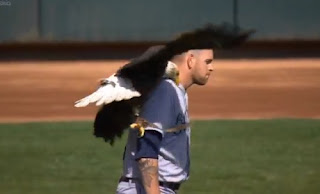 Coyne is 99 years old and retired after being an usher for the Pirates since 1936, this guy worked for the Pirates organization for 81 years, only missing time when he was deployed during WWII. The team has worked with the Pittsburgh City Council to designate August 29th, 2017 as Phil Coyne name (that was his last day of work) and the team is throwing a party for Coyne when he turns 100 at the end of this month. 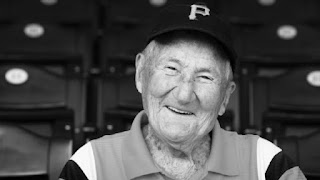