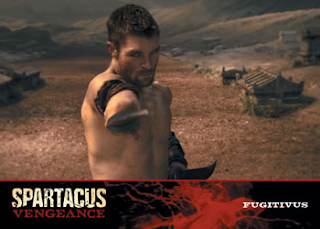 Spartacus has been one of Starz most popular series and when it ends next month (April 12th) it will leave behind a solid legacy that will stand with everlasting premium pay channel series like The Sopranos, Deadwood, Rome, Band of Brothers (and Pacific) and Dexter. Three seasons, plus a half-season prequel, has covered Spartacus’ capture through his gladiator training and eventually the slave revolt that led to the Third Serville War, which ends with his death in 71 B.C.
Rittenhouse has released a premium set for each season beginning with the first season, Spartacus: Blood and Sand, in April 2011. They followed that with a set for the prequel, Spartacus: Gods of the Arena in April 2012 and now they are scheduled to release the set for the second season, Spartacus: Vengeance, next week. I would expect to see a set released for the final season, Spartacus: War of the Damned, by April of 2014 if not sooner.
When the set is released on March 27th, premium packs will cost $50/pack and contain 7 cards:
3 Episode cards
1 Die-Cut Plaque card
2 Autographs
1 Relic card

The entire set is pretty small and broken down in to 30 Episode cards, 8 Die-Cut Gold Plaque cards, 18 Autographs and 12 Spartacus Relics. There are incentives too, each $750 (ouch) box contains a Box Topper Poster card, if you purchase 2 boxes you get a Map Relic card, if you purchase 4 boxes you get a Steven DeKnight (series creator) Autograph card. There will be autograph cards from characters from Blood and Sand, Gods of the Arena and Vengeance.
When you look at previous Spartacus releases most of the episode cards and subsets are only a couple of dollars, even some of the lesser characters autographs can be had for under $10. The prices do begin to jump with autographs from some of the main characters like Manu Bennett (Crixus), Antoni Te Maioha (Barca) and Nick Tarabay (Ashur) and then prices jump again when you start with autographs for the female characters, obviously anything connected to Andy Whitfield (who lost his fight against cancer in 2011) demands a premium. Personally I stick with hunting for the singles I want, $50 is not a huge price (previous releases sold for $99 for premium packs) but you are more likely pull low level hits than upper end hits. 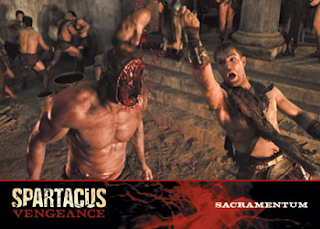 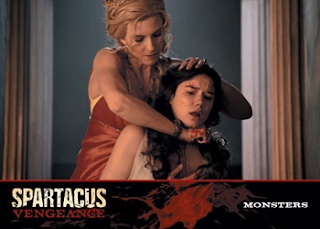 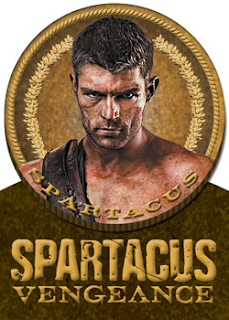 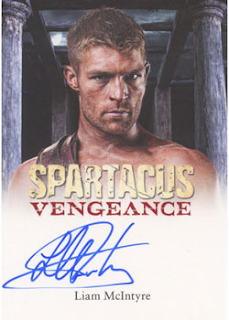 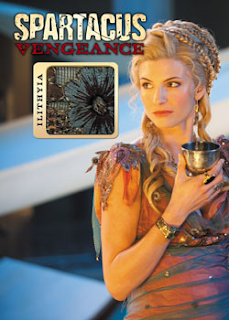 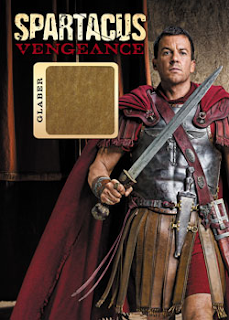 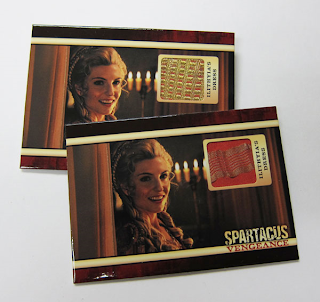 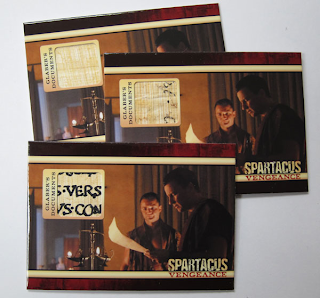 The cards below are incentives. Each box contains a Box Topper Poster: 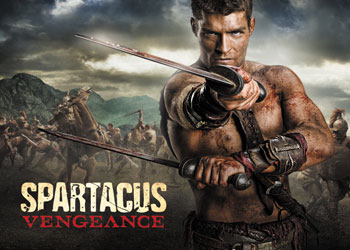 When you purchase 2 boxes you receive a Spartacus Map Relic card plus a Box Topper in each box: 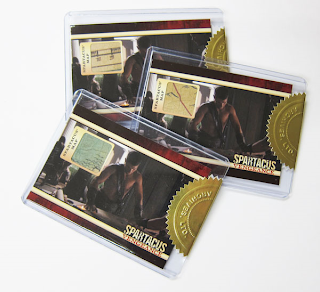 When you purchase 4 boxes you receive a Steven DeKnight Autograph card, he is the series creator, plus a Spartacus Map Relic card (not sure if you receive 2) plus a Box Topper for each box: 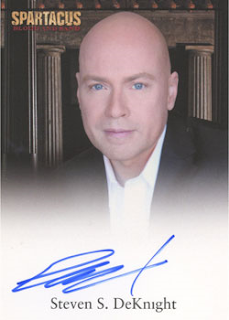