Topps has released additional images and information regarding the upcoming 2013 Topps Football release. The set will be released in August and hobby boxes will include 36 10-card packs and one hit while jumbo hobby boxes will contain 10 50-card packs and two autographs. The big theme for the release is “Legends”, with a majority of the inserts focusing on legends as well as future legends.
The base set will consist of 375 total cards, 265 veterans and 110 rookies. There will be parallels and photo variations. The parallels announced so far: Gold (#/2013), Pink/Breast Cancer Awareness (#/399), Military Appreciation/Camo (#/399), Black (#/58- Hobby only), Platinum (1/1) and Printing Plates (1/1- Hobby only). I would also expect colored retail parallels. The photo variations for the veterans will be from a legendary play, game or milestone that they accomplished during the 2012 season. There will be some rookie variations but Topps did not elaborate any further. 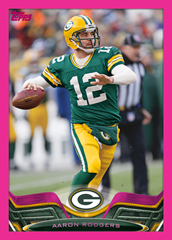 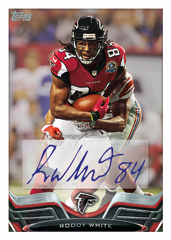 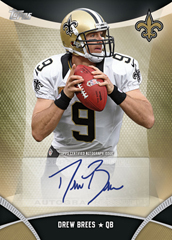 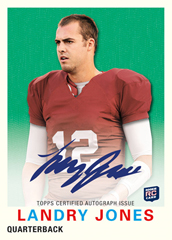 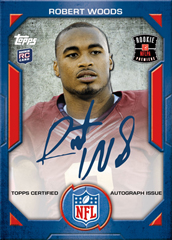 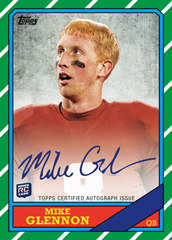 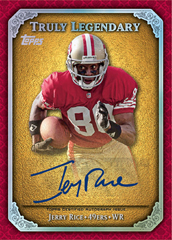 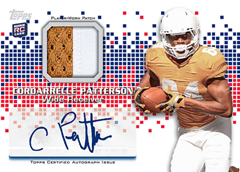 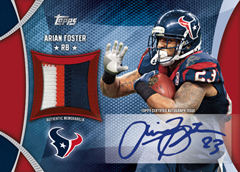 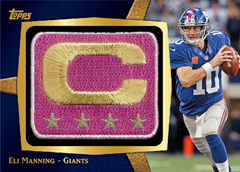 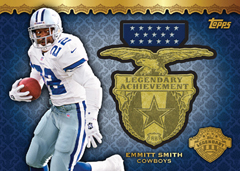 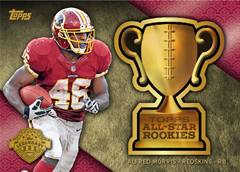 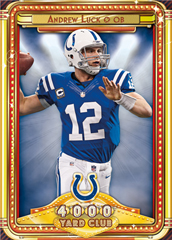 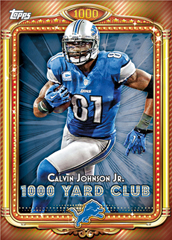 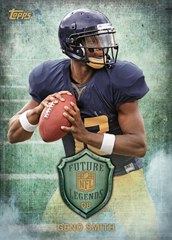 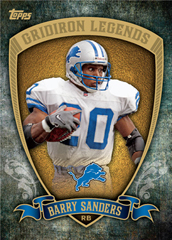 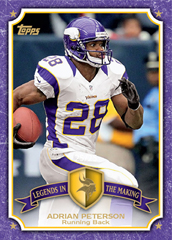 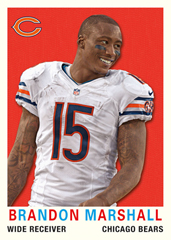