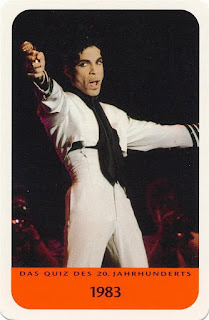 This morning after I read about the passing of Chyna I was a bit bummed but before long that was replaced with pure sadness when I found out that Prince, real name Prince Rogers Nelson, had passed away this morning at the age of 57-years old in his home in Minneapolis. He has been sick recently and was in the hospital last week but nothing has been announced as to what illness he was dealing with and how it is connected to his passing.


I grew up when Prince was just making it big, when Purple Rain controlled the charts I was 12-years old and the music was basically my Junior High years. Every dance Let’s Go Crazy and When Doves Cry had to be played and I am pretty sure that MTV had these videos on 24-hour rotation. Out of respect for Prince and his music MTV is actually playing his videos non-stop currently.


When it comes to music Prince’s death sits along with the passing of Michael Jackson and Kurt Cobain as deaths that have affected me the most. His music wasn’t just something you listened to, you actually are able to tie it to a time in your life so I now feel like I have lost a portion of my childhood.


Prior to the past decade it was rather rare for a musician to appear on cardboard. Unlike now when Americana, Pop Century, Goodwin Champions and Allen & Ginter’s include music stars on the checklist you just didn’t collect cards of your favorites, you collected their discography on CDs, tapes, albums or 8-tracks. The only official set I could find where Prince made an appearance is the 1991 ProSet Super Stars MusiCards. I also found some very unique cards from Europe, like this one, on eBay (I don’t own this card).
Posted by Corky at 4/21/2016 03:53:00 PM