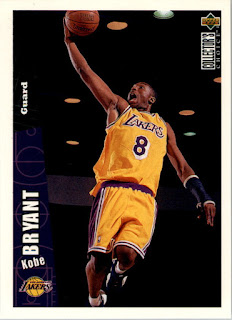 The NBA regular season ended yesterday with a passing of an era with the retirement of Kobe Bryant. While most fans were focused on the Warriors-Grizzlies game watching to see if the Warriors would hit 73-wins, they did, plenty were watching the Lakers-Jazz game to see Kobe play one last time and he left on a high note scoring 60 points after what seemed like he was taking every shot for the Lakers. I am not joking either, he took 50 shots while the rest of the team took 35 shots.


Percentage wise this wasn’t his best game, it wasn’t his highest scoring game and the win didn’t put the Lakers in the playoffs, actually it knocked the Jazz out of the playoffs, but it will be memorable none the less. After 20 seasons, 5 NBA Championships and 18 All-Star selections he has decided to call it a career, and a Hall of Fame career to boot.


I am not a Kobe fan, as a Suns fan I am programmed to automatically dislike anyone wearing purple and gold but I will acknowledge he had amazing talent. Now had he been drafted by the Suns with the 15th pick in the 1996 NBA Draft, as was initially predicted in mock drafts, I would be telling a different story today.
Happy trails Kobe, enjoy your retirement...you earned it.
Posted by Corky at 4/14/2016 03:38:00 PM