The Panda Is Struggling 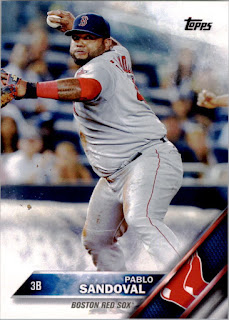 Potato Sandoval is in the news after the Boston Red Sox benched their $95-million third baseman for the young Travis Shaw. While a surprise what Sandoval’s agent Rick Thurman said today made the whole situation even more laughable. He Tweeted "if you want to win, why leave the Ferrari in the garage?’


Sure, Sandoval is being paid like a Ferrari player but after last year’s disappointing .245/.292/.366 with 10 HRs and 47 RBIs he is playing more like a Yugo than a Ferrari. Tossing in his issue with mobility due to his weight and it is completely understandable why the Sox do not want him on the hot corner.


Unless there is a huge turn around in his career, which there are whispers of a trade to San Diego, he appears to have gone form an elite player to a bust in less than two seasons. Some fans have even gone as far as suggesting he be dropped down to the Sox's AA league team the Portland Sea Dogs so he can work on his hitting and try to cut the weight.
Posted by Corky at 4/01/2016 03:34:00 PM