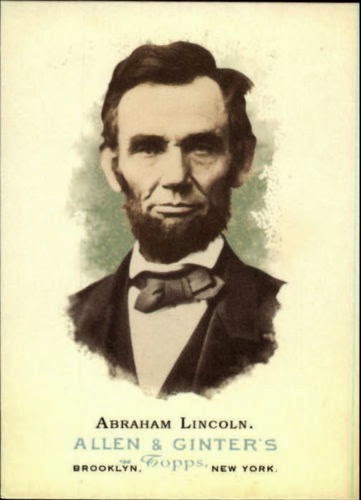 It was 150 years ago today that President Abraham Lincoln, his wife Mary Todd, Major Henry Rathbone and Rathbone’s fiancé Clara Harris attended the play “Our American Cousin” at Ford’s Theater. The Civil War was in the final month after General Robert E Lee had surrendered the Army of the Potomac on April 9th and the President was beginning to feel better about the Union. He spent the morning in various meetings and then went for a carriage ride with his wife before attending the play.


Lincoln’s group sat in a box overlooking the stage not knowing that John Wilkes Booth was working his way through the theater before quietly entering the unguarded private box. At 10:15 pm he raises his single shot .44 caliber derringer inches from the back of the President’s head and fires mortally wounding him. As Lincoln fell forward Rathbone realized what had happened and charged Booth, who stabbed Rathbone in the arm and jumped up on the edge of the box over the stage. As Booth jumps down to the stage his boot catches causing him to break his leg when he landed. Witness claim Booth yelled “Sic semper tyrannis!” ("Thus always to tyrants" in Latin) before running off the stage.


Many people do not realize that there was actually a complete plan to “Cut off the head” of the government with assassination plans of Vice President Andrew Johnson and Secretary of State William Seward. David Herold and Lewis Powell were sent to kill Seward at 10:30 pm with Powell actually making it to Seward’s bedroom, where Seward had been bedridden following a carriage accident. Powell stabbed Seward in the neck and head leaving him for dead not realizing that Seward was wearing a metal harness around his neck which deflected many of the blows. George Atzerodt was sent to assassinate Vice President Johnson but lost his nerve and got drunk in the hotel bar.


To add fire to the conspiracy theories there is trustworthy evidence that Booth and VP Johnson knew each other being seen with each other a number of times in 1864 and on the night of the assassination Booth left a note for Johnson at his hotel saying “Don’t wish to disturb you, are you at home? J Wilkes Booth”


Booth and Herold was later cornered in a Virginia barn with Herold surrendering before the barn was set on fire. A Union soldier seeing Booth through the wooden boards fires once hitting Booth in the neck, he died 3 hours later.


In the past 150 years Abraham Lincoln has appeared on hundreds of cards from 1880s to the candy and cereal releases in the 1920s and 1930s through today’s Topps, Upper Deck and Panini releases. 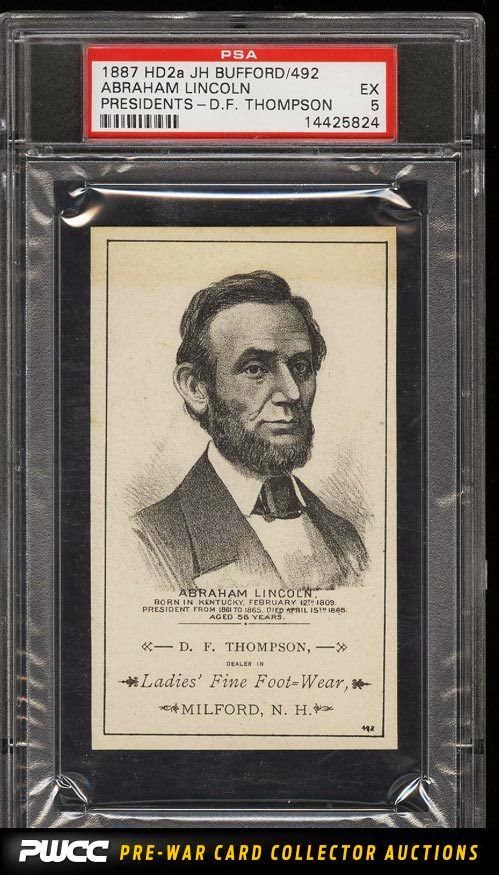 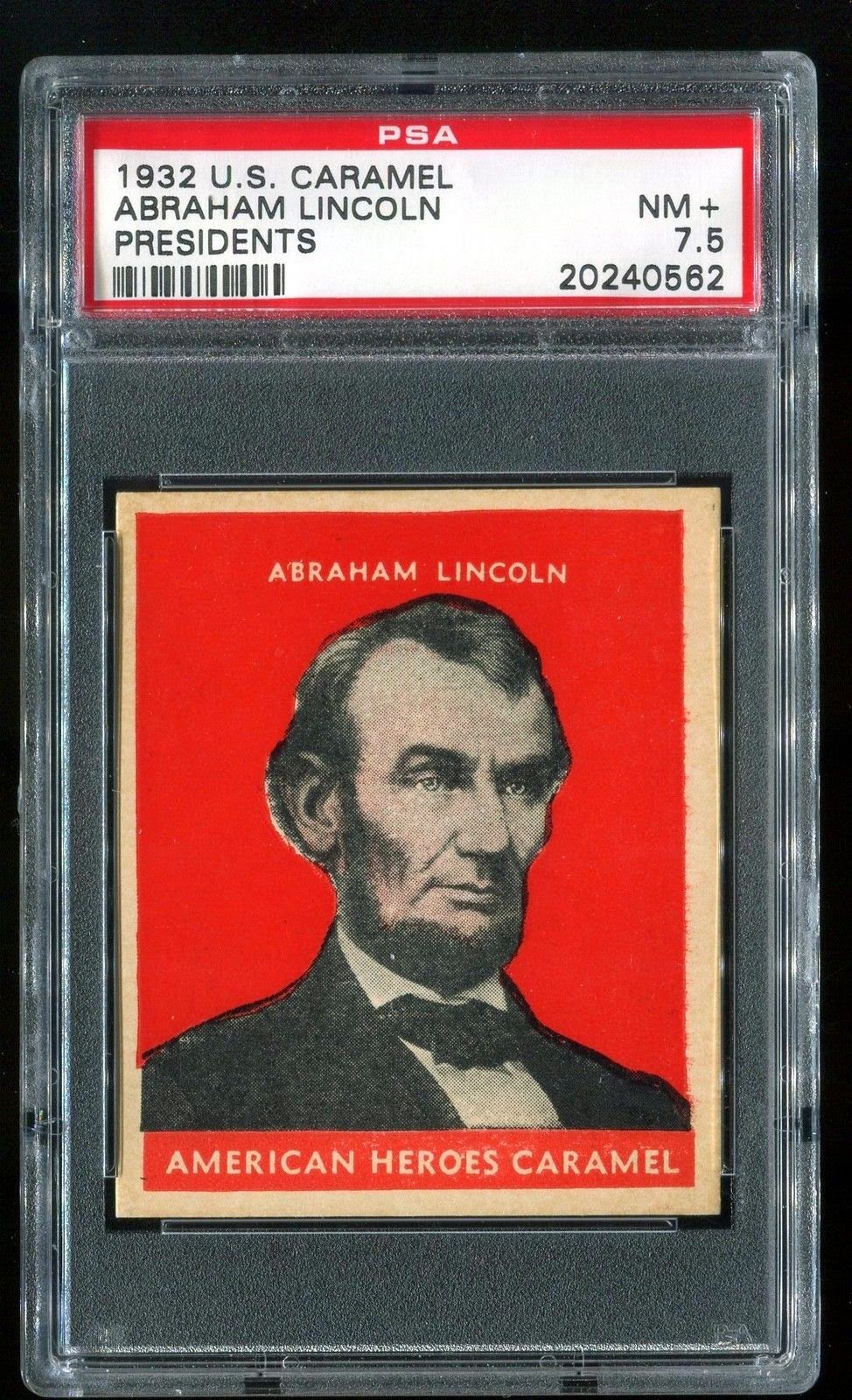 Just in the past decade card companies have done their best to bring President Lincoln in to the hands of the collector. Not only can you get base cards, parallels and inserts but you can also find high-end cards like Lincoln sketch/paint cards, autographs, DNA cards and memorabilia cards (desk, floor and envelopes). 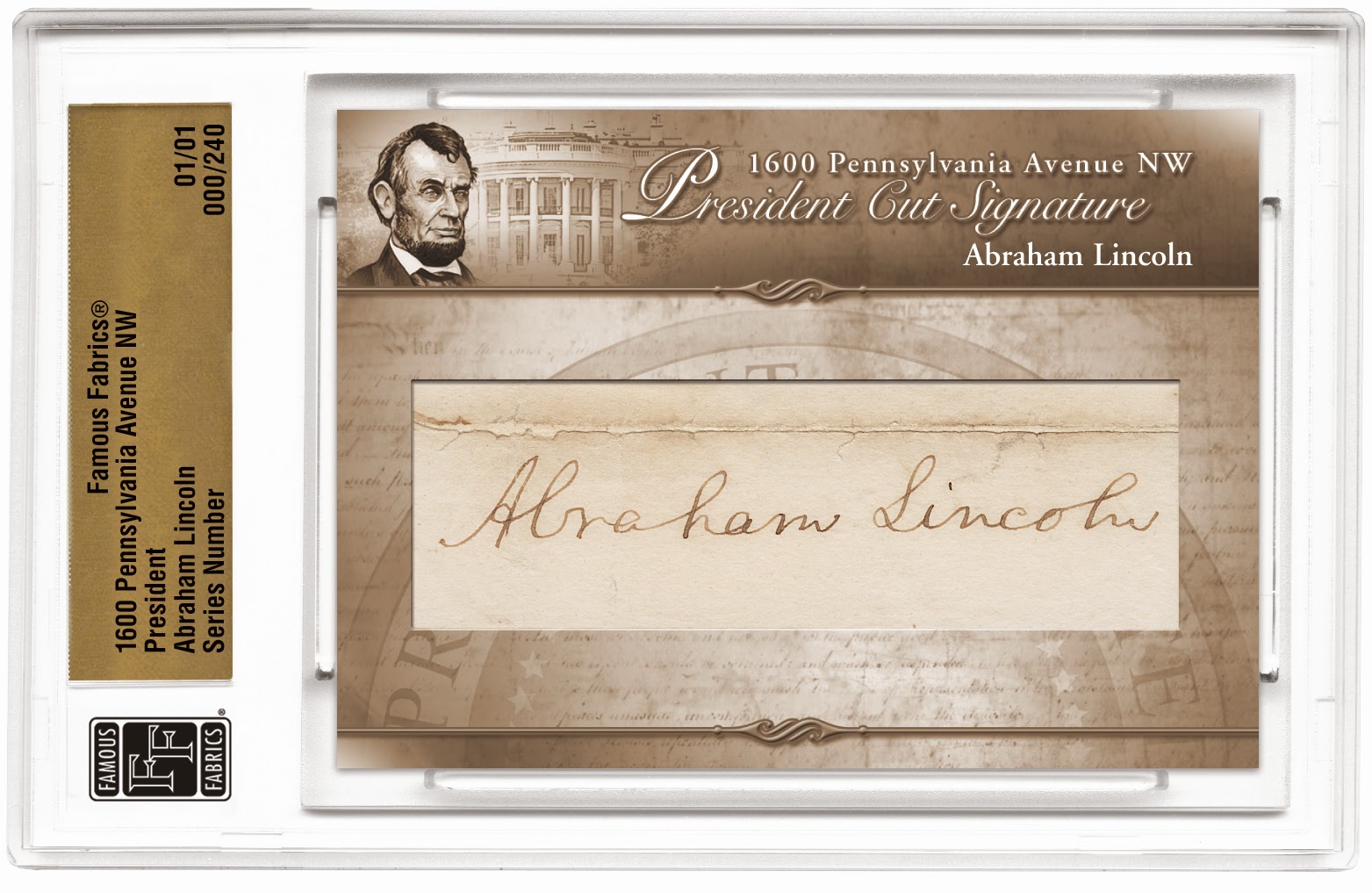 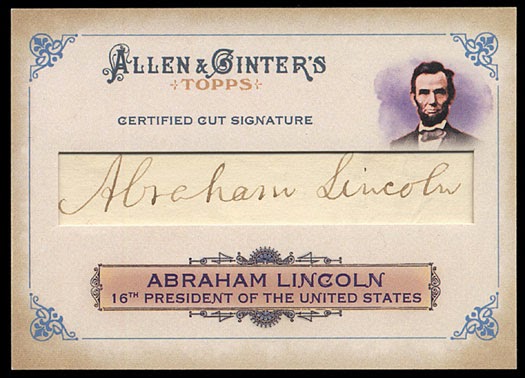 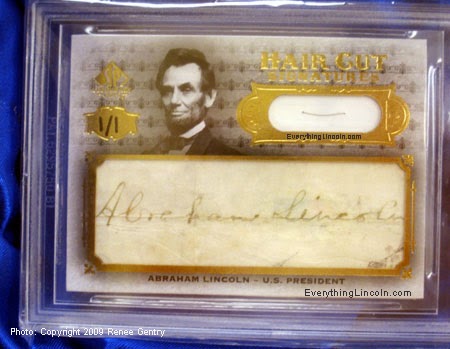 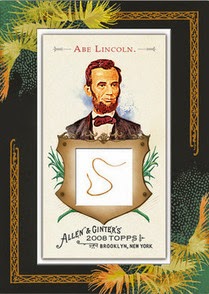 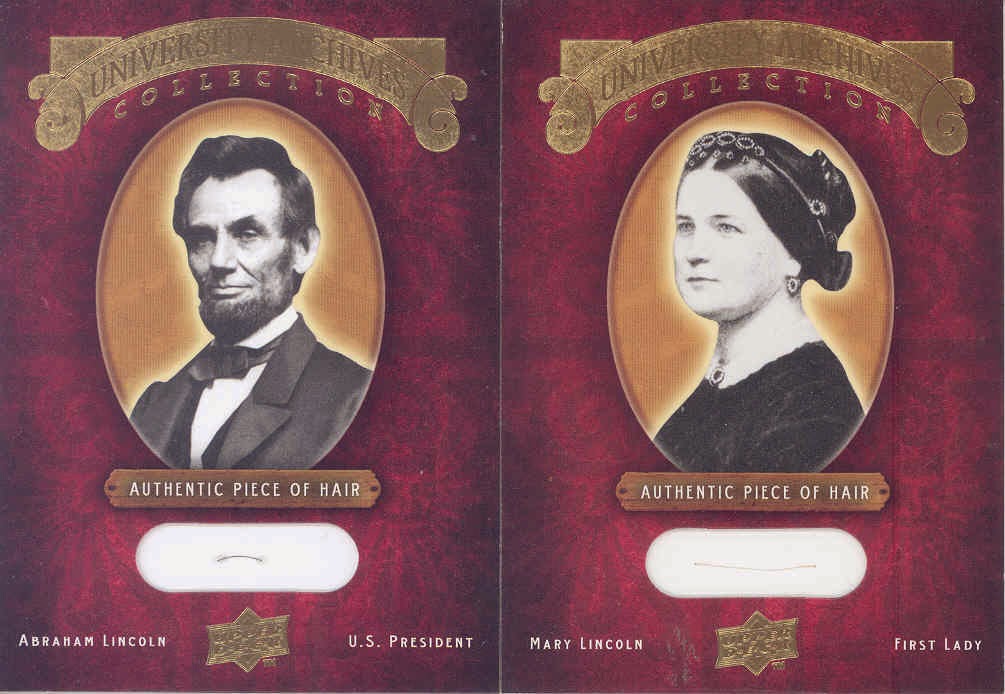 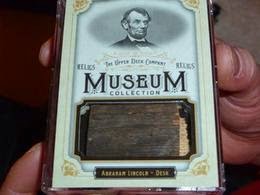 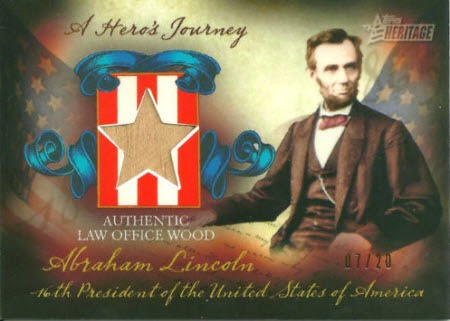 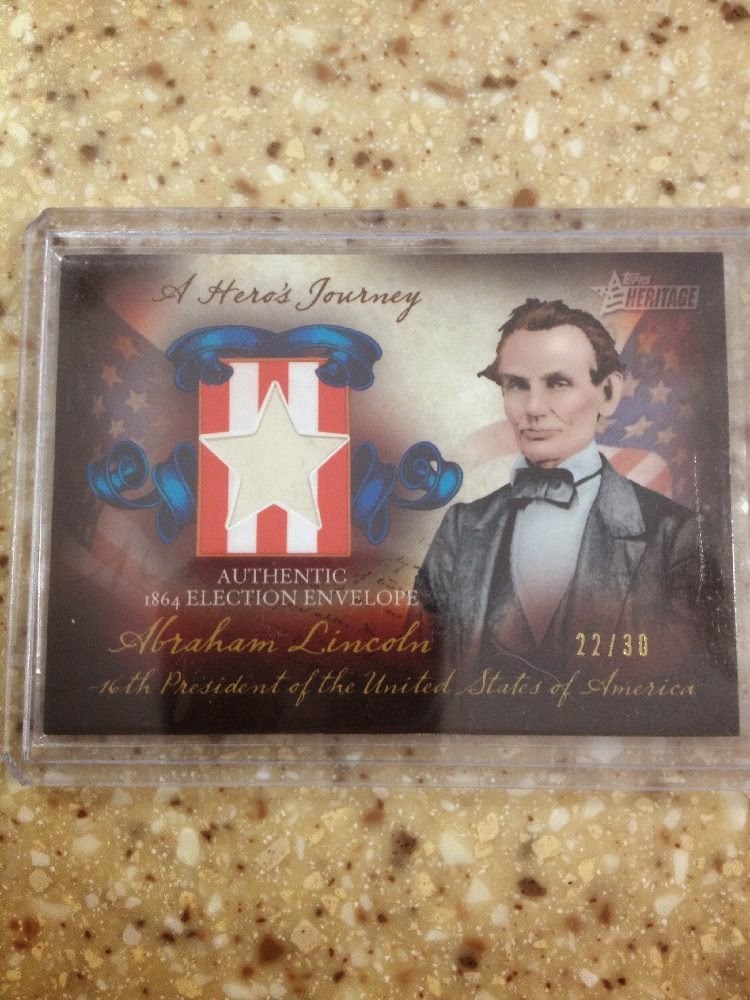 What bothers me is that card companies are in such a rush to get cut signatures in to cards that they do not stop to think if they should. The three Lincoln autographs cards above are nicely designed and they have beautiful cut signatures that look amazing framed and are worthy of being a center piece of any collector while the cards below are some of the uglier options, though for some unknown reason still sell for the same prices as the cards above. I guess this proves that people are willing to pay money for Lincoln's signature no matter what the card design or signature looks like. 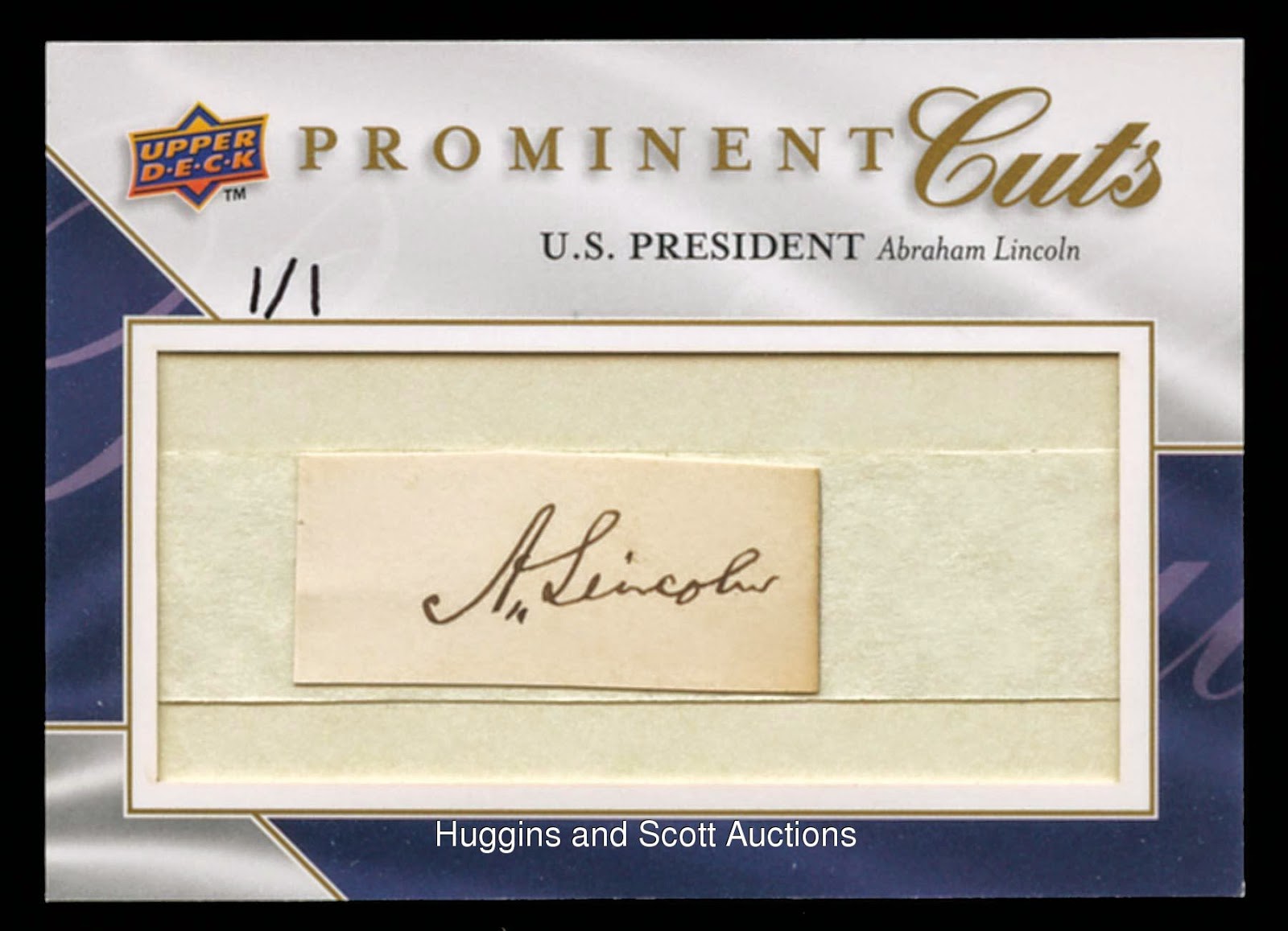 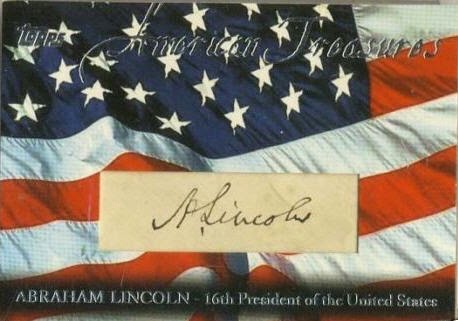