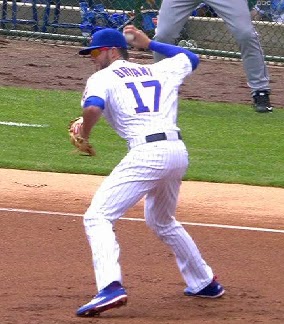 Today was the big day for Kris Bryant collectors, the young Cubs star made his first start in front of 30,000 fans at Wrigley Field. He brought his hat, his uniform and his glove but he seemed to have forgotten his bat when he went 0-4 becoming the first major leaguer in the past 100 years to strike out three times in their major league debut on the positive side he did have a solid defensive performance. Bryant did take it all in stride when during an interview after the game he said “I sure hope I can look back on this and laugh at it 15 years from now.”


But as collectors we all know that a single game does not make a career, outside of those guys who literally played just one game in the Major League, and if he shows any sort of flash like he did during Spring Training over the next 173 games his prices will continue to increase. 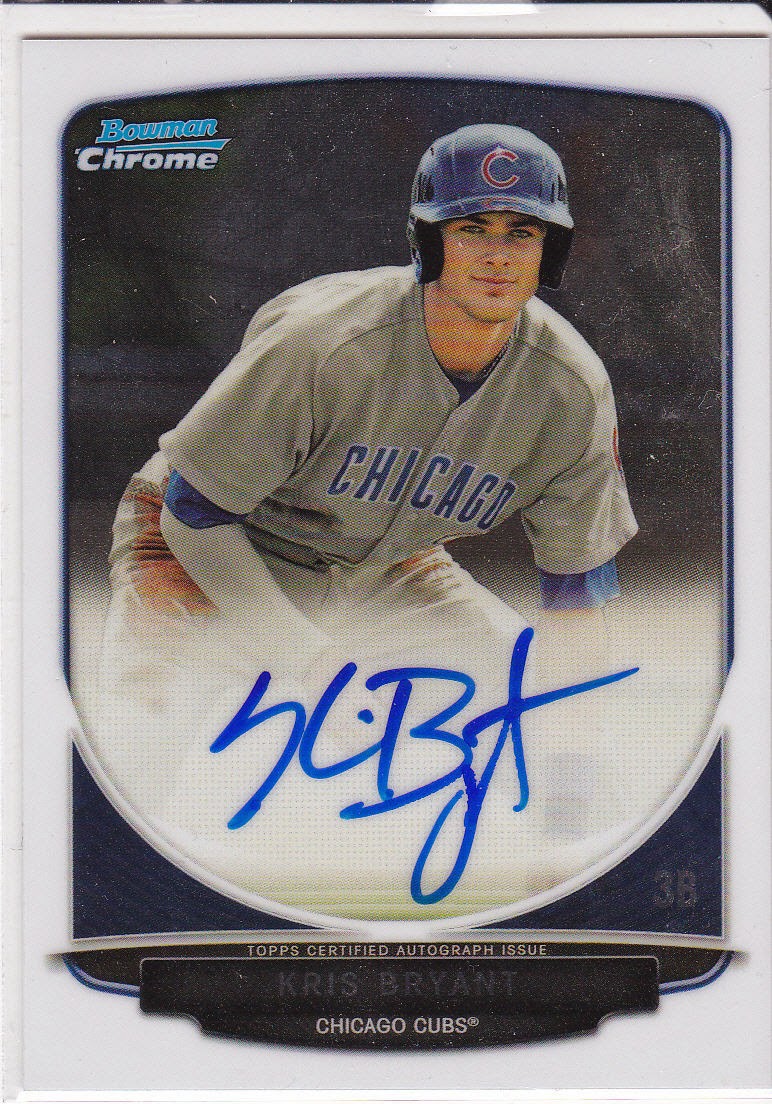 On the collector side, any of his cards that are serial numbered and autographed are all selling for insane prices with even his base 2013 Bowman Chrome Draft Pick Autographs topping $500 for raw copies and $750 for graded copies.


Pretty much anything with his face will get plenty of attention, the lower the serial number the higher the cost. My favorite is his 2014 Bowman Inception autograph I like the simple design and the various colored parallels are really cool. 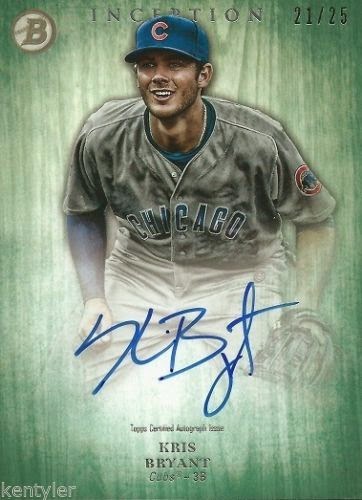