Some Pickups For My Farscape Collection

This post is an amalgamation of multiple write ups that I started but never completed over the past few months. I figured it would be easier to keep it organized as one universal post that covers all of my Farscape additions.


The most recent Farscape pickup is an on-card autograph of Gigi Edgley, who plays my second favorite character Chiana. The card is from the Season 3 release, specifically the Losing Time episode. In the episode two energy creatures enter Moya, the ship, and one of the creatures takes over Chiana. At one point there is a small energy burst, which is where this scene comes from.
The character Chiana was actually supposed to die in the first season but the producers felt that Gigi Edgley worked so well with the actors and crew that they decided to keep her on full time as a primary character and re-wrote the episode (Durka Returns) so she didn’t die. With her character being a main character her autographs and relics were also includes in each of the releases but like Virginia Hey’s character Zhaan they cost more than the fringe and support actor’s cards. Here autographs usually run around $25 and her relics around $8-10. I picked up this IP autograph from a very reputable dealer for a little over $10 so I got a nice deal. Personally I like some of the aftermarket autographs when compared to the autographs in to packs. 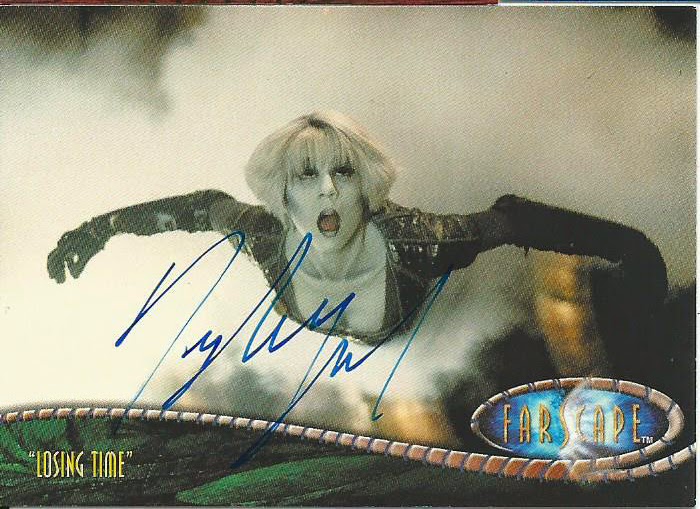 Sticking with Chiana, I finally found one of her costume cards for a reasonable price ($8.95 shipped). I was able to add #CC9 from 2001 Rittenhouse Farscape Season 2 release to my growing Farscape collection. She still has three more costume cards I am looking to eventually add. Also finally making it in to my Farscape collection is a Wayne Pygram  cards, an IP autograph from the same dealer that I bought the Gigi Edgley autograph from plus two Scorpius relics, the Scorpius variant Harvey relic card and the base Scorpius relic. The Harvey character came about after a chip was inserted in to John’s brain while he was in the Aurora Chair. After the chip was inserted John would hallucinate and see images of Scorpius, when he figured they were just hallucinations he called the character Harvey after the invisible rabbit in the James Stewart movie of the same name. The character often showed up wearing this shirt, among other odd costumes, so the variant relic cards are made up of relics from this shirt. 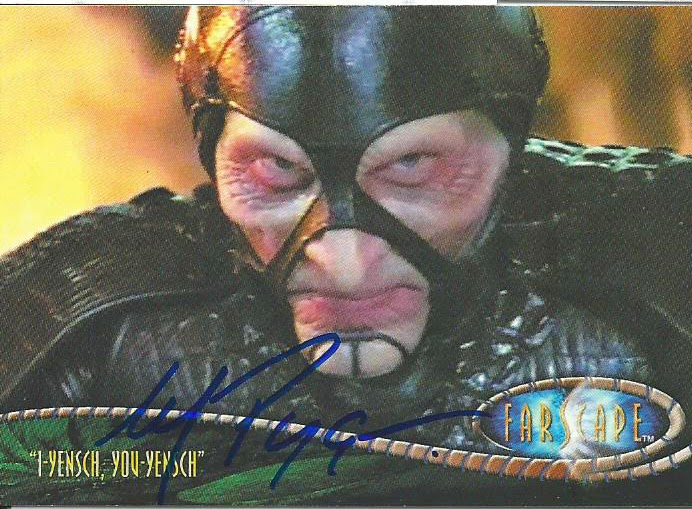 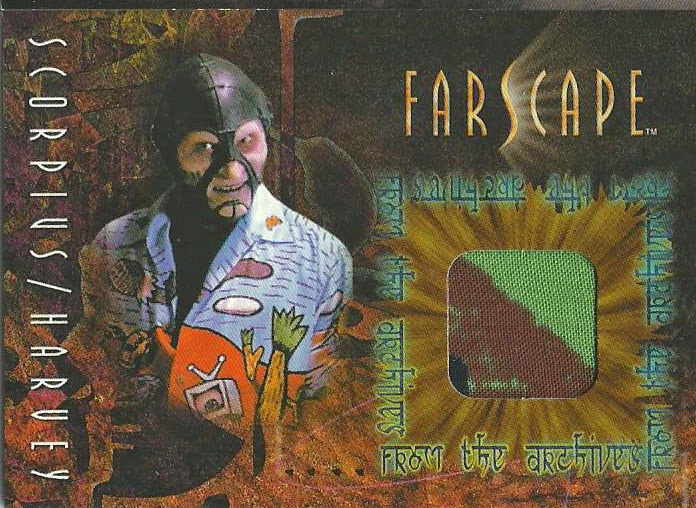 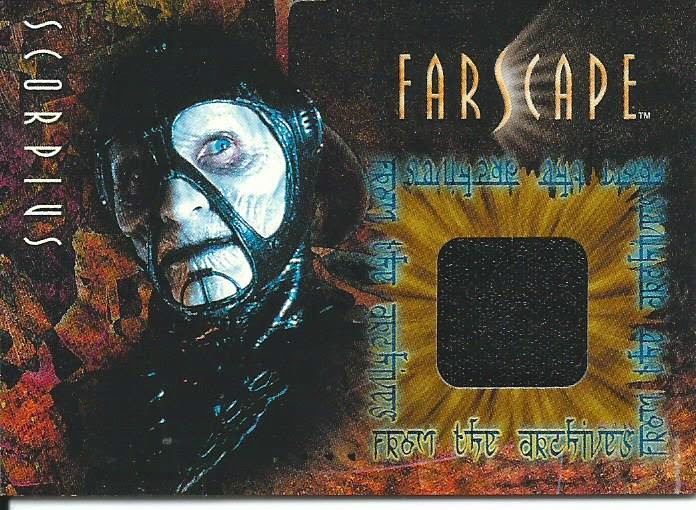 I am still looking to add the missing Zhaan relic card (#C10), Chiana’s three additional costume cards and any of the main characters official autographs. After that I want to hunt down the Revenging Angel Animation Cels (R1-18), a Pilot autograph and a Moya relic card. I guess you could say I am a bit of a Farscape fan, I loved the show.
Posted by Corky at 4/02/2015 04:19:00 PM