Vintage Card Of The Month: 1892 Arbuckle States And Territories Arizona 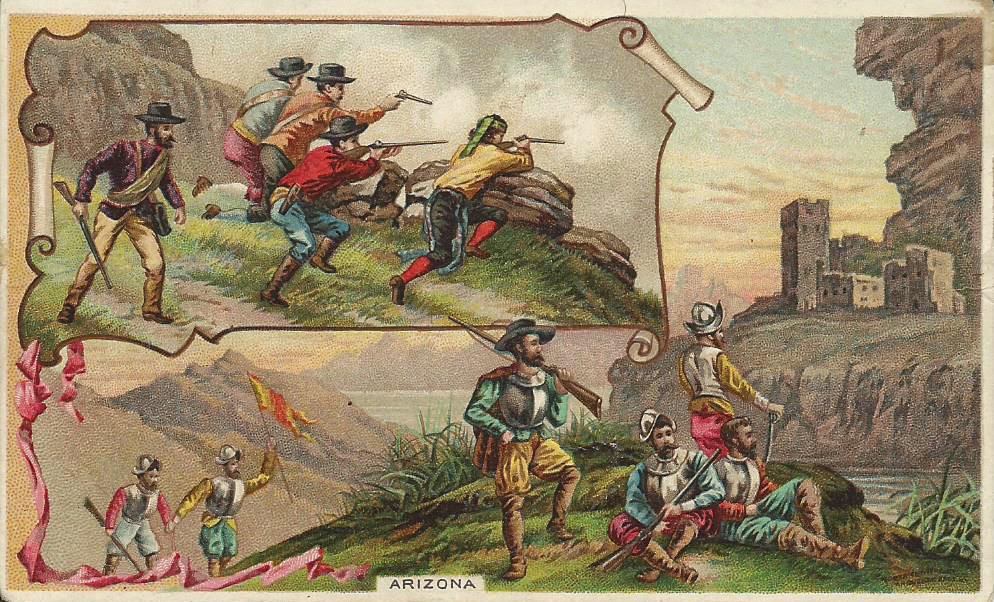 This month’s VCoM comes from the 19th Century courtesy of a bag of coffee. Arbuckles’ Coffee was started by two brothers John and Charles Arbuckle in 1864. They were the first to pre-roast the beans and packed the coffee in one pound bags. It became so popular because it was so much easier to use pre-roasted coffee beans instead of roasting the beans on a stove or in a skillet before making coffee. The company was eventually broken up and sold off in the 1930s but their original Yuban Coffee brand is still being made today though it is owned by Kraft now.


In the 1890s the company inserted promotional cards in to their coffee changing the subject each year. One year was animals, one year flowers/vegetables, one year for sports, one year was states and territories, and one year was countries and so on. The cards are larger than normal, 3x5 inches, and extremely thin paper so condition is a big issue.

This card is from the 1892 States and Territories set, a 50-card checklist. I have searched for a checklist to try to figure out which cards are all included. In 1892 there were 44 states and 5 territories (Utah, Oklahoma, Indian Territory, New Mexico and Arizona), Alaska was considered a district and Hawaii was still the Kingdom of Hawaii.


I picked up this Arizona card for $5.25 shipped and I am still looking to add a Washington state card. The card is in great condition considering the age and paper type, the corners are soft with a bit of folding and there is staining in the upper right corner but otherwise beautiful. 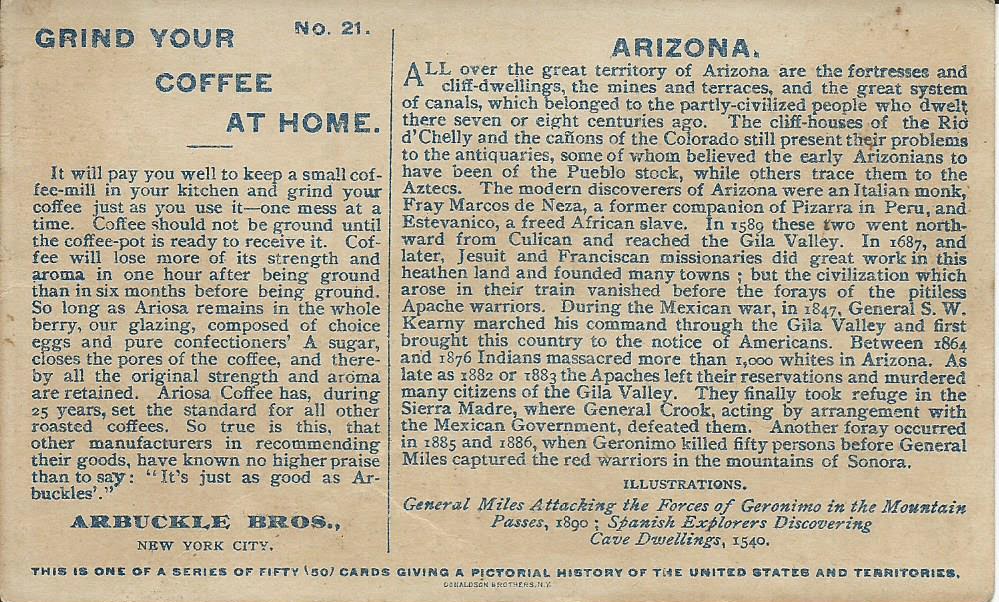