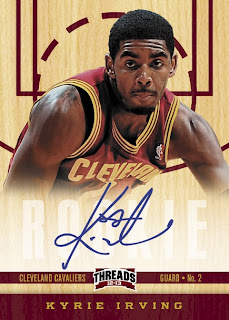 We are still 4 months away from the release of the 2012-13 Panini Threads Basketball set on October 3rd but Panini has begun to release some early teaser images to give collectors an idea of what we are in for when the set hits. This will be Panini’s third basketball release of the 2012-13 season after Hoops and Prestige are both released in August.

The 2012-13 Panini Threads Basketball set contains 150 base cards which will include 100 rookie cards (2011-12 and 2012-13 NBA rookies), each rookie card will be printed on wood stock and contain an on-card autograph. Each 24-pack box (5 cards per pack) will contain 3 autograph cards and one memorabilia card and while a price has not been announced Panini usually sets a $90-100 SRP for similar pack outs.

I am actually digging what I have seen so far, the rookie cards look nice and you cannot argue about the possibility of pulling an on-card autograph rookie card of Kyrie Irving and Anthony Davis out of the same box. Panini’s designers have done a nice job with this set, the inserts are pleasing and there are no glaring eye-sores in this first round of images. 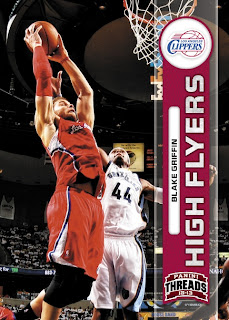 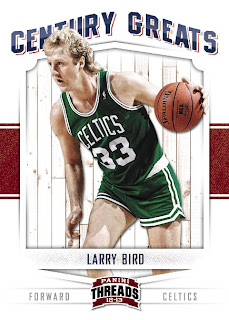 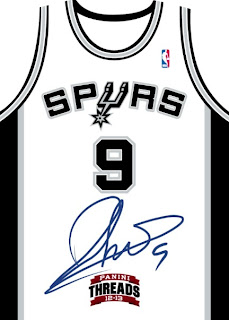 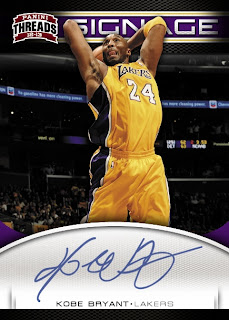 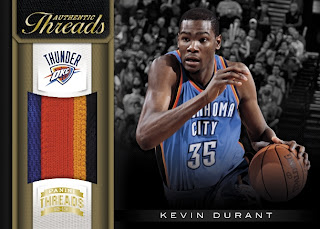