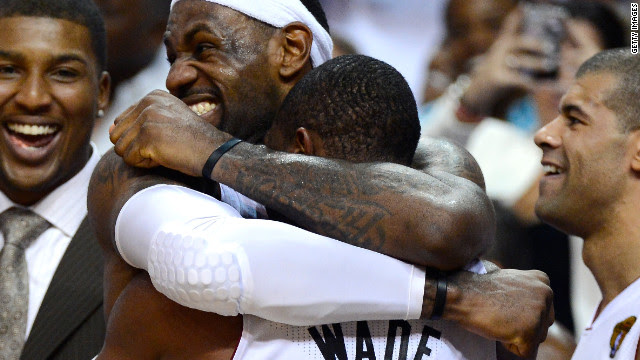 First and foremost, the Heat came to play this year. Dwyane Wade played to his usual stellar self even playing through knee pain and a lower back injury. This guy is just plain class, he is a team-first player and deserves winning the title again. I think that by the end of his career he may just add a couple more rings to the two that he has now. LeBron James showed up this year, even with a couple of off nights he shut it down tonight with a Triple-Double. I know he must be feeling a huge relief from all the pressure the media has been laying on him over the past 9 seasons, especially considering his losses in the 2007 and 2011 NBA Finals. I am sure there are some who were beginning to wonder if he would ever win a title.

On the lighter side (read this as humorous) the Heat won, but I have the pleasure of seeing that ass clown Clay Bennett loosing the NBA Championship.