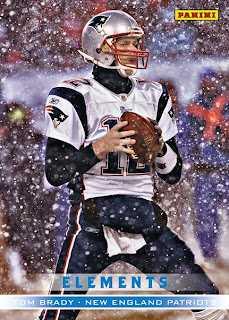 The other day I made a post questioning the reason behind a 15-card Tim Tebow insert, today I am taking an about-face and covering a Panini special release that I love. In the upcoming 2012 Father’s Day Promotion (beginning 6/17/2012), similar to the Black Friday wrapper redemption program the Father’s Day Promotion will work in the same way where customers can visit their local card shop, purchase select Panini products and you will receive special packs.

When Panini announced the program last month they released a number of images of cards that will be included in the set.  My favorite subset from the special release has to be the Elements set. This is a 10-card series that shows stars in the outdoors where the weather is in as much control of the game as the referees are. Panini used some beautiful full-bleed images with wonderful color and in some you get a great, close up view of the athlete. This is really how a base set should look, great imagery and minimal design elements.

There are two NFL stars, 6 NHL stars and to offer something for everyone, Panini added two NBA stars. While the NBA players do not play outside at the mercy of the elements, NBA collectors deserve cards from the subset too. Three cards really stand out among the rest, Tom Brady and Ryan Ellis, you get shivers just looking at the snow falling around them and with the Tim Thomas card Panini went with a beautiful close up showing the look of determination on Thomas as the ice shavings fly everywhere. 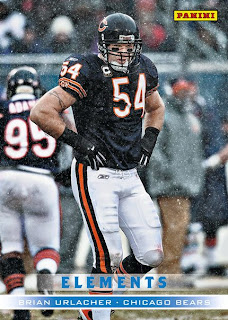 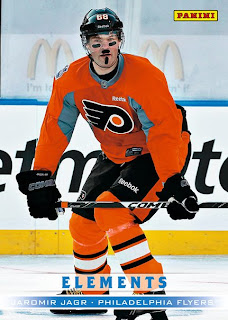 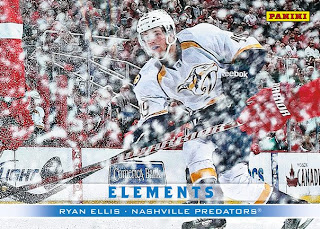 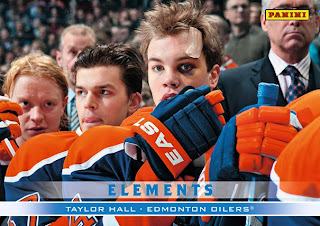 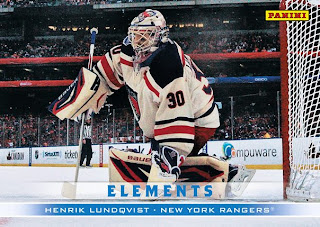 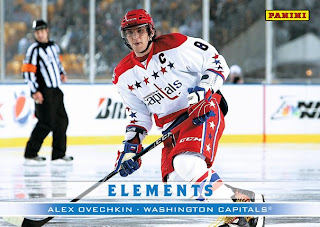 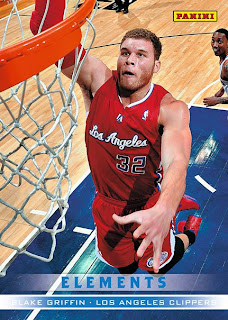 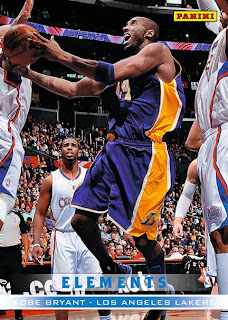 The backs contain a smaller/half-size image from the front of the card along with the card number and team logo. There is a write-up related to the specific game. You get to find out that not only did Urlacher's Bears defeat the New York Jets in the Week 16 game in the 2010 season 38-34 but you also find out that the Jet's flight back to New York was delayed because of the snowstorm. You also find out that Jagr, having never played an outdoor game, went overboard with the eye black during the skate around practice before the 2012 Winter Classic game against the Rangers. 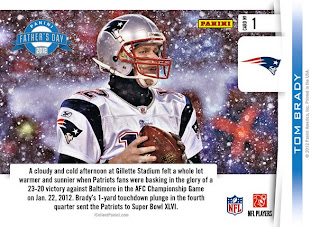 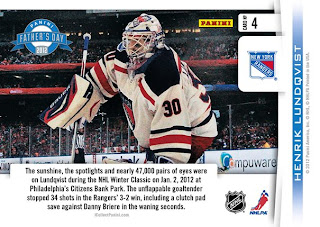