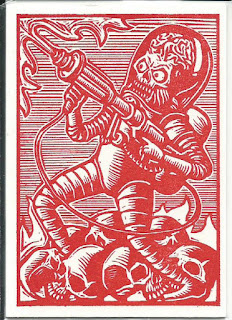 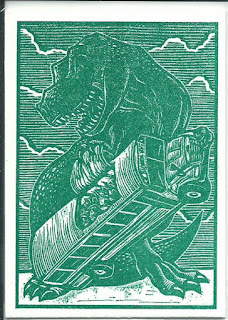 I think that Topps has done an amazing job with the various Mars Attacks releases. After 2015 Mars Attacks Occupation came out I was on the hunt for the Woodcut Art cards because of how distinct they are compared to other inserts from the set. 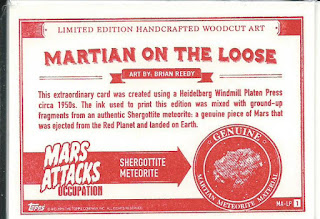 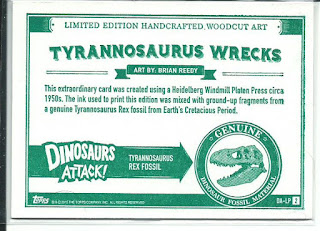