Say It Ain't So Eli

I read a story today that has me a bit surprised in regard to a racketeering suit filed last week against Eli Manning, the NY Giants, Steiner Sports and others connected to a sale of memorabilia to three collectors.

Eli Manning had a contract to supply his game-used equipment to Steiner Sports in 2010 and apparently knowingly Manning and the Giants supplied equipment that had not been used. Initially the Giants were trying to play innocent but Manning turned over emails supporting the claims.

In April 2010 the Giants marketing manager Alan Zucker asked Manning to supply 2 game-used helmets and 2 game-used jerseys. There was a communication between Manning and the Giants equipment manager Joe Skiba where Manning asked Skiba to supply him with 2 helmets that can pass as game-used, which Skiba in turn supplied.

Prior to the lawsuit being filed last week one of the plaintiffs had an email exchange with Skiba where Skiba admits that he created “BS” versions for the game-used equipment because Manning didn’t want to give him the real items.

The Giants official response to the lawsuit is “Eli Manning is well known for his integrity and this is just the latest misguided attempt to defame his character.”

So even though both Eli Manning and the team’s equipment manager Joe Skiba have turned over emails and have admitted to submitting fake items the Giants are standing their ground that this is all a smear job. 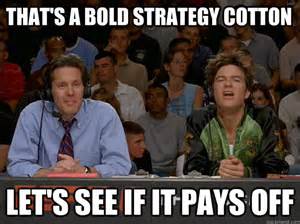 This isn’t the first time that the team has been accused of selling fake memorabilia either. Barry Barone, who was one of the Giants team dry cleaners, has said that in 2001 he was asked to “beat up” unused uniforms from the 2000 season to make them appear as game used. In 2008 Skiba was ordered by a team VP to doctor up a helmet to appear as Manning’s Super Bowl helmet so they could send it to the Hall of Fame. It has come to light that included in this lawsuit is a claim that in March 2016 Michael Strahan requested his Super Bowl XLII jersey from the team and they sent him a fake altered jersey.

This is a travesty and I will go out on a limb and say that the Giants are NOT THE ONLY TEAM doing this, I am sure this is a common occurrence in all sports. I don’t believe this is always the case, I am sure many teams sell plenty of game used jerseys but it is no wonder collectors are left wondering if the dime-sized white jersey relic in their card is real. The generic “Not any specific game or season” guarantees do not help alleviate any of the collector’s fears.
Posted by Corky at 4/13/2017 03:24:00 PM